Andile Ncube a native of Johannesburg is a South African television personality and producer. He is best known as the host of the Mzansi Friday night music show ‘LIVE’. In 2022, he joined the cast of Netflix’s reality show Young, Famous & African.

Andile stands at an average height and is of moderate weight. He has black hair and black eyes. The exact details about his body measurements are still under review and will be updated soon.

Andile was born and raised in Johannesburg, South Africa. He was primarily raised by his mother after his parents got divorced. He was 12 years old when his parents divorced. Ncube was raised alongside his two siblings Sabelo and Sisi.

The tv-personality is currently in a relationship with Sebabatso Mothibi. The couple started dating back in 2019. In December 2021, they welcomed their first child together. However, each had a child from their previous relationships. Ncube has a daughter with model Rosette Mokgomotsi and Sebabatso with her ex-husband Dj Choice. 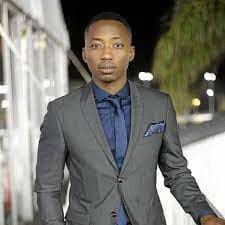 Ncube is one of the famous cast members appearing in the reality tv show Young Famous And African airing on Netflix. The show premiered on March 18, 2022. It features famous and affluent stars across Africa including; Annie Macaulay-Idibia, Zari Hassan, Khanyi Mbau, Nadia Nakai, and Jeremiah Ogbodo.

Ncube has been on television since 2003. He came into prominence as the host of the Mzansi Friday night music show ‘LIVE’. Ncube also presented Vuyani Mzantsi for SABC2. He went on to appear in a number of short films and advertisements. Ncube took part in the Nokia “around the World Challenge” for M-Net. He has appeared in tv shows like; City Ses’la, One, The X Factor South Africa, and Zaziwa.

Danke has an estimated net worth of $1 million as of 2022. He has been able to make his impressive net worth from his career as a television personality.