Annie Macaulay-Idibia is a Nigerian television personality, model, and actress. She is best known for appearing in the movies Pleasure and Crime and Blackberry Babes. In 2009, she was nominated for the “Best Supporting Actress” category at the Best of Nollywood Awards.

Annie stands at an estimated height of 5 feet 7 inches (1.70 meters) and weighs about 70 kg. She has black hair and deep brown eyes. Further details about her body measurements will be updated soon.

Macaulay was born and raised in Ibadan, Nigeria. However, she is originally from Eket in Akwa Ibom State. Her parents divorced when she was young. After the divorce, she moved to Lagos with her mother. As for her education, she went to Lagos State University and the University of Lagos.

Macaulay is married to her husband 2Baba a musician, singer, songwriter, record producer, entrepreneur, philanthropist, humanitarian, and activist. They got married back in 2012. The married couple has two children together; Olivia Idibia and Isabella Idibia. 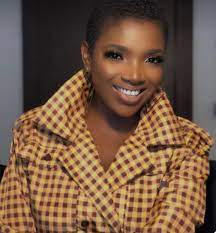 Macaulay has two children with her husband 2Baba a musician, singer, songwriter, record producer, entrepreneur, and philanthropist. Her first child is Isabella Idibia born in 2008 and her second daughter Olivia Idibia was born in 2014.

Annie is one of the stars starring in the Netflix series Young Famous And African. The show premiered on March 18, 2022. It features famous and affluent stars across Africa like Diamond Platnumz, Zari Hassan, Khanyi Mbau, Nadia Nakai, and Jeremiah Ogbodo.

Annie started her career as a model when she joined the competition of the “Queen of All Nations Beauty Pageant” finishing as a runner-up. She also appeared on the music video of 2face Idibia’s “African Queen” song.

As an actress, she is best known for appearing in the movies Pleasure and Crime and Blackberry Babes. She has also made appearances in movies like; Morning After Dark, Beautiful Moster, Open Scar, and Secret Lovers.

Macaulay has an estimated net worth of $1.5 million.