Nasibu Abdul Juma Issack a native of Dar es Salaam, best known by his stage name Diamond Platnumz, is a Tanzanian bongo flava recording artist, dancer, philanthropist, and businessman. He is the founder and CEO of WCB Wasafi Record Label. He is also the founder of Zoom Extra, Wasafi Bet, and Wasafi Media.

Diamond stands at an estimated height of 5 feet 8 inches. He weighs about 68 kg. Both his hair and eyes are black. Further information about his body measurements will be updated as soon as they are available.

Platnumz was born and raised in Tandale, Dar es Salaam, Tanzania. He was born to his parents Sanura Kasimu and Abdul Juma. He has two siblings Queen Darleen a musician and Esma Platnumz an entrepreneur and socialite. Diamond is the cousin of Romeo Abdul Jones Tanzanian socialite and Dj.

Platnumz was previously in a relationship with South African-based Ugandan businesswoman Zari Hassan. They share two children Latifah Dangote and Prince Nillan. Their relationship lasted about 2 years before they called it quits. Zari Hassan also appears in the tv series Young Famous And African. 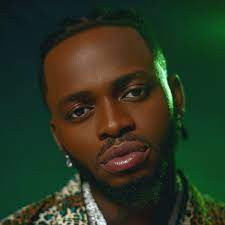 Diamond was in a brief relationship with Tanzanian model Hamisa Mobetto which resulted in the birth of his third child Dylan Abdul Naseeb. It is believed that the two are now co-parenting since they are not together anymore.

Platnumz got into a relationship with Kenyan musician and model Tanasha Donna.  They have a child together called Naseeb Junior. Their son was born in 2019 and is now 2 years old. The two collaborated on a song Gere released in 2020.

In 2020, Diamond collaborated with Congolese musician Koffi Olamide on his song Waah. The music video was directed by Director Kenny. It was nominated for “Best African Video” at the 2021 All Africa Music Awards. He started his singing career back in 2006 at the age of 17. His first single was “Toka Mwanzo”. His breakthrough came in 2010 after the release of his song “Kamwambie”.

Diamond released his single Naanzaje on August 22, 2021. The song garnered millions of views on YouTube. He signed a record deal with Universal Music in 2017. Diamond released his third studio album titled A Boy from Tandale in 2018. The Wasafi label and Diamond himself signed a 360 Partnership with Warner Music Group.

Platnumz was cast to appear in the reality tv show Young Famous And African airing on Netflix. The show premiered on March 18, 2022. It features famous and affluent stars across Africa including; Annie Macaulay-Idibia, Zari Hassan, Khanyi Mbau, Nadia Nakai, and Jeremiah Ogbodo.

Platnumz has an estimated net worth of $7 million.