Born in Corbeil-Essonnes, France, Walid Regragui is a Moroccan professional football manager and former player. He is the head coach of the Morocco national team.

Regragui played as a defender. Some of the clubs he played for include; Toulouse, AC Ajaccio, Grenoble, Racing Santander, and Moghreb Tétouan.

Regragui leads a very private personal life. As a result, there is no information available regarding his marital status. This information will be provided as soon as it is available. 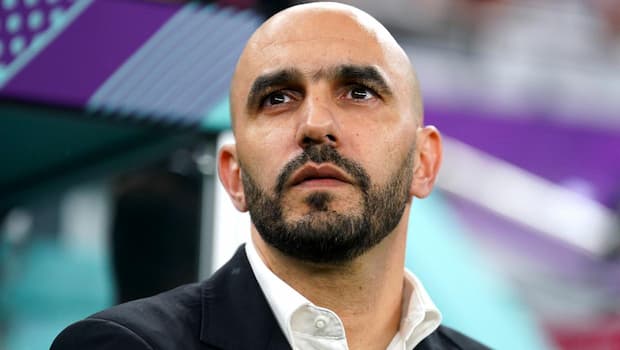 Regragui retired as a player in 2008. The last football club to play for is known as Moghreb Tétouan, a Moroccan football club based in Tétouan.

Regragui was later appointed as the new head coach for the Morocco national football team on August 31, 2022. This was after the sacking of former head coach Vahid Halilhodžić. Regragui coached his first friendly game on 21 September 2022. The team won 1-0 against Madagascar.

He led Morocco, in the 2022 FIFA World Cup, to the knockout stage for the first time since 1986, as well as to the quarter-finals. This makes Morocco the first Arab nation and the fourth African nation to qualify for this stage in a World Cup competition.

After losing his first job as the assistant head coach of Morocco’s national football team in 2012, Walid got a head coaching job with Fath Union Sport on May 8, 2014, for the 2014–15 season. He left the club in 2020 by mutual agreement.

Regragui was later appointed as the head coach of Botola side Wydad AC on August 10, 2021. He lead Wydad AC to win its 3rd CAF Champions League title after beating defending champions Al Ahly in the final. Regragui became the second Moroccan manager to win the African Champions League, after Hussein Ammouta with Wydad in 2017.[

Regragui earns an annal salary of £550,000 as the head coach of the Morocco national football team.