Born in Caxias do Sul, Tite ho full name is Adenor Leonardo Bacchi, is a Brazilian professional football coach and former player. He is the head coach of the Brazil national team and has been since 2016.

As a player, Adenor played for Caxias from 1978 to 1984. He also, for one season played for Esportivo de Bento Gonçalves and a season for Portuguesa. From 1986 to 1989 he played for Guarani and these seasons were his most successful as a player.

This remarkable player ended his career at the age of 27 as a result of successive knee injuries that caused him to lose mobility in one of his knees.

Tite studied physical education under Luiz Felipe Scolari at school. Just like Scholari, Tite’s family immigrated from Italy. Scolari went on to be his mentor and then rival as a coach. He graduated physical education at the Pontifícia Universidade Católica de Campinas. 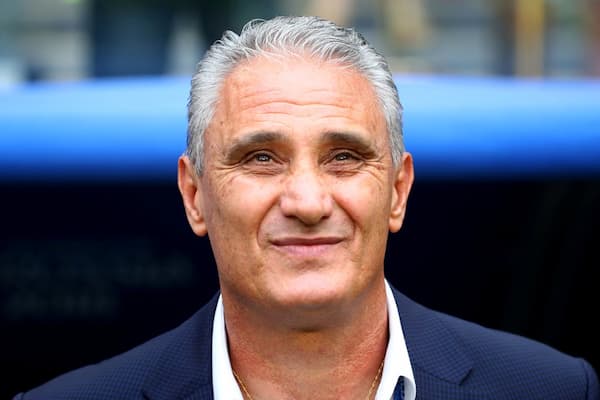 In English, his nickname means Fast or quick.

Adenor is married. His wife is knon as Rosmari. He and his wife have two children., a daughter and a son. Their son Mateus Bachi, played NCAA Division II soccer at Carson–Newman University.

Tite was announced as the new coach for the Brazil national team in 2016. He replaced the previous coach Dunga who was fired following Brazil’s poor performance at Copa América Centenario.

His first match in charge of the team was a 2018 World Cup qualifying match against Ecuador on 1 September 2016. Brazil won 3–0, with Neymar and Gabriel Jesus scoring.

The team went on to win the following matches and secured a spot at the World Cup in Russia. This made them the first team to qualify for the tournament, apart from the hosts.

During the 2018 FIFA World Cup, his team made it to the quarterfinal.

In February 2022, the coach shared that he intended to step down as manager of Brazil after the 2022 FIFA World Cup.