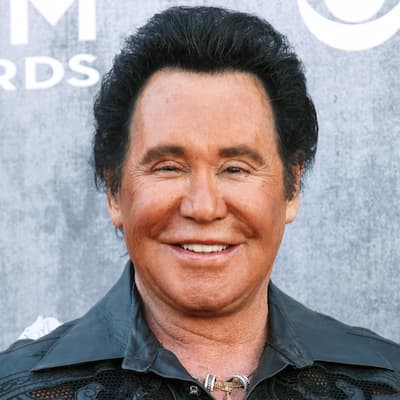 A native of  Norfolk, Virginia, Wayne Newton is an American singer and entertainer best known by nicknames like The Midnight Idol, Mr. Las Vegas, and Mr. Entertainment.

Newton was born in Norfolk, Virginia, to Patrick Newton, an auto mechanic, and his wife, Evelyn Marie “Smith”. He is of Irish, German, and Native American ancestry. Newton’s mother is half Cherokee and his father is half Powhatan.

Newton is married to Kathleen McCrone, a lawyer from North Olmsted, Ohio. The couple got married in 1994 and they have one daughter together.

He was previously married to Elaine Okamura from 1968 to 1985 when they divorced. Together they had one child, Erin Newton.

Newton performed his  25,000th solo show in Las Vegas in 1994.  Later in 1999, he signed a 10-year deal with the Stardust, calling for him to perform there 40 weeks out of the year for six shows a week in a showroom named after him.

In 2005, in preparation for the eventual demolition of the casino, the deal was, from all reports, amicably terminated. Newton began a 30-show stint that summer at the Hilton. Wayne’s last show at the Stardust was on April 20, 2005, and during a break in his on-stage performance, he announced to the crowd that night he wanted to spend more time with his wife and new daughter as the main reason for canceling the contract.

He said the Boyd family made him a very nice offer to stay on past the demolition of the hotel and casino and to play in other Boyd venues, but he declined citing “another deal in the works for Vegas”, but he did not mention the Hilton specifically.

News crews were expecting this performance to end on time, to make their 10 pm and 11 pm shows, but the show finally ended around 11:30 pm, thus eliminating the possibility. Mr. Las Vegas went on at 7:30 that night and sang nearly his entire repertoire and songs of other Vegas mainstays as well.

In 2001, Wayne succeeded Bob Hope as chairman of the USO Celebrity Circle and in January 2005, he started a reality television show on E! called The Entertainer.

Newton has an estimated net worth of $120 million dollars.