Zeta has not yet disclosed her year, date, or month of birth.

Zeta was raised by alcoholic parents but due to the dislike of her home environment, she dropped out of high school at 16 years old and moved out of her parent’s house to start life on her own. 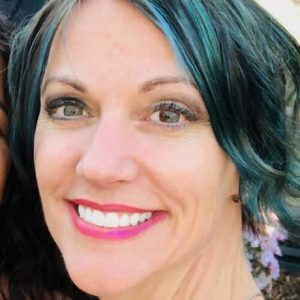 Zeta is married but has not shared any information about her husband. She has four sons.

Zeta attended Virginia Commonwealth University (2009-2014) where she studied Ph.D. in Health Sciences and an MBA in Healthcare Management major at the University of Phoenix (2002-2004). She has also graduated with a Bachelor of Science in occupational therapy at Saint Louis University.

Zeta is a certified occupational therapist with a focus on cancer recovery. She has a Ph.D. in Health Sciences and an MBA in Healthcare Management and is currently the Vice President of Operations at VBHRC Virginia Catalyst (2018).

She was a lead therapist at the Missouri Department of Mental Health from 1996 to 2001 before moving on with her career. Zeta worked as a Therapy Coordinator for Rehab Care Group from 2002 to 2004 after completing her service at Missouri.

From 2004 to 2008, the health professional worked for Brookdale Senior Living as a Regional Director. She served as an occupational therapist, clinician IV, at a cancer recovery center in the VCU Health System for seven years (2008-2016).

Zeta is a season six contestant on Discovery Channel’s reality show “Naked and Afraid XL.” She also appeared in Naked and Afraid Season 9, Episode 10, “Pick Your Poison,” which was filmed in Brazil.

In South African Savannah, she takes on the show’s other 11 veterans. She proved that she is a good contestant for the competition by making it to day 17 in Brazil. She’ll be doing a 40-day challenge in South Africa’s Valley of Banishment this time.

Sarah Bartell, Kate Wentworth, Makani Nalu, and Dawn Dussault are among the other female veterans.

Zeta’s net worth is still under review.