A native of Southern California, Chayce Beckham is an American singer and songwriter who became well known as the winner of American Idol season 19.

Beckham stands at a height of 5 feet 9 inches.

During his audition, Beckham’s parents mentioned that there was a time through a hard time in life. A time that was filled with alcohol and self-doubt but still. His family, however, stood by him and motivated him to be better. 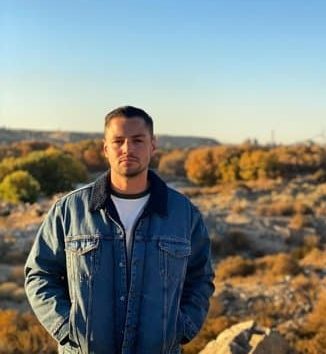 As of the time this article was published, there was no information available on Beckham’s relationship status. We will update this information once it is available.

Beckham mentioned that he plays with a band known as Sinking Sailors. It is described as a punk-reggae-funk group formed by four friends who decided to make music.

Beckham is a contestant on season 19 of American Idol. During his audition, he sang “What Brings Life Also Kills” by Kolton Moore & The Clever Few. The Judges were really impressed by his singing and he managed to get a golden ticket to Hollywood.

“The reason why we sit in these chairs for long hours is because American Idol is about finding a forklift driver. You’re what this show is all about and your why I call home and tell my wife and people back home, ‘wait till you see this one dude.” Luke Bryan chipped in.

“Your first note had me, I mean I started clapping and I didn’t even know my hands were clapping,” he added.

Beckham, alongside Willie Spence and Grace Kinstler, were voted for as the top 3 finalists on May 16, 2021. The three of them will be competing to be the next American Idol.

On Sunday, may 23, 2021, Beckham was declared the winner of American Idol season 19 beating out the other two finalists, Willie Spence and Grace Kinstler.

On May 14, 2021, Beckham released his new single “23” which went on to be number one on the iTunes country charts. The song is a reflection of a difficult time he went through and his decision to sober up.

The chorus goes like; “Now I’m 23 and there ain’t nobody who can drink like me/ Soon I’ll be 24 and the lord knows that/ I can’t drank no more/ I know I shoulda taken it slow/ It’s not the way that my life goes/ Now I know/ When your passed out on the floor/ You’re sober by 24.”