A native of Douglas, Georgia, Willie Spence is an American singer who became widely known as a contestant on Season 19 of American Idol.

Spence began singing at the age of 3 years. He was first popular on the internet after he released his own rendition of Rihanna’s Diamond. At the time he was 18 years old.

When asked about his music motivation, Willie said; “I put my personality and all of my feelings into every song. It’s the one thing I’m very particular about.

“When you listen, I hope you feel the emotion. I want the audience to get the message you can live your dream if you work hard, stay focused, and keep pushing. I want to be an example (that) you can do anything.” 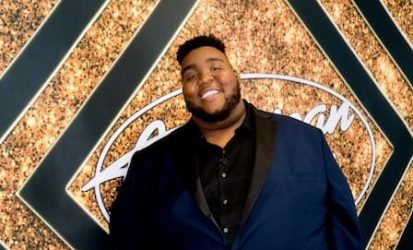 In 2020, Willie released a song called Champion and later on another one called “So Gone.”

During his American Idol audition, Willie sang “Diamonds” by Rihanna. He received three yeses from the judges and proceed to the next round.

When asked why he chose to audition with the song, he said, “I chose that song again because that song helped me in the beginning and I will never forget that song. So, that was really easy for me to do.”

During the Hollywood Round, Willie was shown in the “R&B” category of the Genre Challenge. Spence sang “All of Me” by John Legend and was later shown in a duet called “Destin2Be” with Kya Monee singing “Stay” by Rihanna, ft. Mikky Ekko.

He sang “I Was Here” by Beyonce during the Showstoppers Round. He did well enough to move to be a Top 24 semifinalist.

Spence sang “Wind Beneath My Wings” by Bette Midler and “The Prayer” by Celine Dion and Andrea Bocelli in a duet with Katharine McPhee. He received enough votes to go to the next round.

During the top 16 round, Spence sang “Set Fire to the Rain” by Adele. Willie received enough votes to become a Top 12 finalist.

We will update Willie’s top 12 performance once the show airs on the Sunday of April 18, 2021.

Spence, alongside Chayce Beckham and Grace Kinstler, were voted for as the top 3 finalists on May 16, 2021. The three of them will be competing to be the next American Idol.

Spence’s net worth is under review. We will provide this information as soon as it is available.