A native of Nashville, Tennessee, Pete Mroz is an American singer who became widely known as a contestant on NBC’s season 20 of The Voice.

Mroz is a member of the band The Young Writers, which Blake Shelton was once part of 25 years ago.

On his official website, Pete describes himself as “a father, husband, lover of music, lover of people, songwriter, guitar player, photographer, videographer, businessman and a bluesman.”

“My native state is Indiana and I have lived in over 14 states which has really shaped my thinking. I moved to Nashville, TN when I was 19 years old to be a country music singer.” 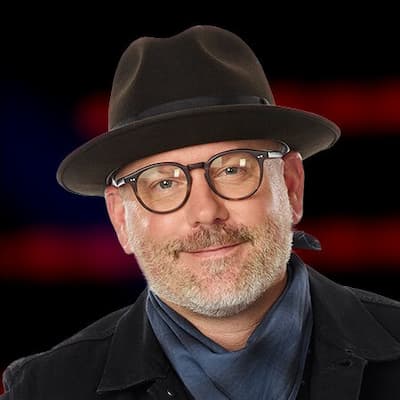 Mroz was brought up by a single dad. His dad signed him up for karaoke one night, and after performing, Pete says he knew he was going to be a singer since then. His father died of a sudden heart attack.

Mroz is married to his wife Toni Busker. His wife Toni, works as a model and as an actress. The couple has two children together; sons. There is no more information available at the moment about his wife and children.

Mroz and Blake Shelton were members of The Young Writer’s band 25 years ago. This was revealed by Pete who came to audition for The Voice season 20.

At first, Blake did not recognize him when he first said his name until Pete mentioned that he once played in a band called The Young Writers and that is when Blake recognized this old friend.

Mroz is a contestant on season 20 of NBC’s singing competition, The Voice. During his blind auditions, he sang “Can’t Find My Way Home” and received a two-chair turn from Blake Shelton and John Legend.

Mroz plays 75 shows a year and works as a traveling sales manager. He joined “The Voice” to prove to his sons you’re never too old to follow your dream.

Mroz chose his old friend Blake Shelton to be his coach on this journey he is partaking on The Voice.