A native of Dover, Florida, Kenzie Wheeler is an American country singer who became widely known as a contestant on season 20 of The Voice.

Wheeler has been singing ever since he was young but only took music seriously in high school when he performed karaoke at a local restaurant.

After performing, his friends and family were very impressed and encouraging, so he started going every Friday and eventually won a few local contests.

Wheeler eventually began playing gigs around town and even got to open for Charlie Daniels and Craig Campbell. Besides singing, Wheeler works at a grocery store warehouse. 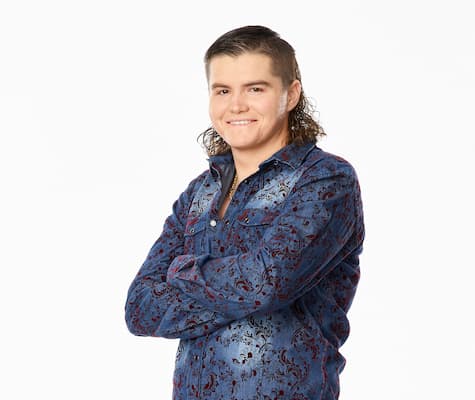 Wheeler has not yet shared any information about his parents. We will provide this information as soon as it is available. He however has revealed that loved singing duets with his mother during impromptu car ride karaoke sessions.

Wheeler is a contestant on season 20 of The Voice. During his blind audition, he sang Keith Whitley’s “Don’t Close Your Eyes” and received a four-chair turn from all the judges.

Speaking on receiving a four-chair turn and audition, Kenzie said; “I wasn’t expecting (Clarkson) to turn around that fast. I smiled and kept singing…

“I went into my blind audition just trying to do my best, hoping to get one chair. I got four and a block. It for sure made me feel more at ease, more confident that she turned around. I just tried to focus on the performance and give them the best vocals that I could. I guess it was good enough.”

Despite all the four coaches turning, Wheeler has three coaches to choose from since Blake Shelton was blocked by Keely Clarkson. He chose Keely to be his coach.

Wheeler is amongst the five contestants who made it to the voice finale. Other contestants include;

The voice finale will take place on Monday, May 24, 2021, and Tuesday 25, 2021 when the ultimate winner of The Voice season 20 will be announced. We will be sure to update you on how Kenzie performs in the competition.