A native of Gallipolis, Ohio, Connor Christian is an American singer who became widely known as a contestant on season 20 of NBC’s The Voice.

Christian also works as a full-time tennis coach. While in high school, he led his school team to three undefeated seasons and achieved back-to-back Player of the Year honors.

Christian has not shared information about his parents. He, however, revealed that hearing his family sing hymns at church ignited his passion for music and inspired him to learn the guitar. He is an only child.

Christian is married and his wife is named Grace Christian. According to her Instagram bio, Grace is a travel nurse. In a January 2021 post, she expressed how much she loved being a nurse writing; 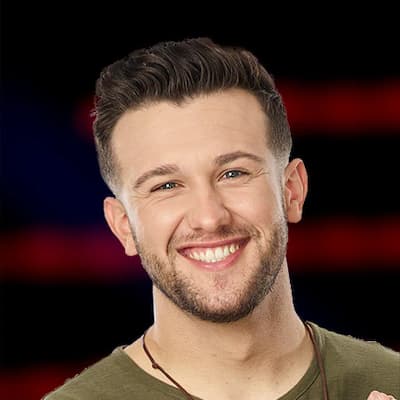 “Love being a nurse. So proud of myself & how far I’ve come this past year of my nursing career! From pediatrics to working on a neurotrauma floor, I’ve learned so much it’s insane. couldn’t ask for a better job with amazing people.”

Christian and Grace got married on February 21, 2020. “Then. Now. Forever.” Connor captioned a picture of the two on their wedding day.

Christian is a contestant on season 20 of NBC’s singing competition, The Voice. During his blind auditions, Connor sang the cover of Gary Clark Jr’s hit single ‘Bright Lights’. He received three chair turns from Kelly, Nick, and Blake.

Having three coaches to choose from, Christian eventually chose Blake Shelton to be his coach on his journey on The Voice.