Based in the United States, Olivier Sarkozy is a French banker who is the half-brother of Nicolas Sarkozy, the former President of France.

Throughout his childhood and adolescence, Sarkozy lived in different places like Zambia and Egypt. He graduated from the University of St Andrews, with an M.A. in medieval history.

Sarkozy stands at a height of 6 feet 3 inches.

Sarkozy has an estimated net worth of around $60 million. 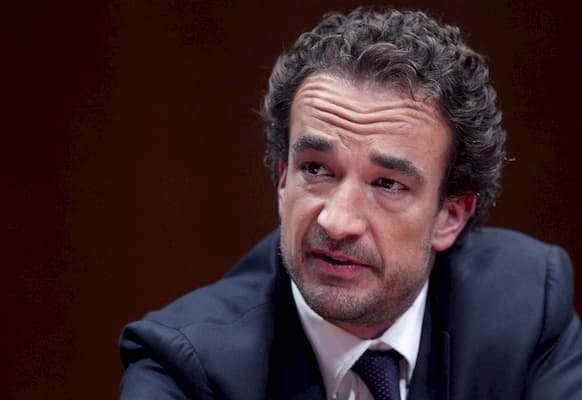 Sarkozy is the son of Christine de Ganay and Pal Sarkozy de Nagy-Bocsa. His father is of Hungarian descent and his mother of French Descent.

Sarkozy’s parents divorced when he was young and his mother remarried when he was 7 years old. She got married to an American diplomat.

Sarkozy has been married twice. His first marriage was to Charlotte Bernard in the 1990s which was officiated by his half-brother, Nicolas, who was then mayor of Neuilly-sur-Seine.

Charlotte is a freelance fashion writer and author of children’s books. The couple had two children together; Margot and Julien. They divorced in 2011.

After the end of his first marriage, Sarkozy began dating Mary-Kate Olsen in May 2012. Mary Kate is a fashion designer and former child actress.

The couple eventually got married on November 27, 2015, at a private residence in New York City. However, in April 2020, Olsen filed for divorce.

Sarkozy works as a banker. He served as Co-head and Managing Director of the Carlyle Group’s Global Financial Services Group from 2008 until 2016 when he resigned. He is a member of the Board of Directors of BankUnited.

Sarkozy previously worked at UBS Investment Bank, where he was Global Co-Head of the Financial Institutions Group. While there Sarkozy worked on such transactions as Sallie Mae’s attempt to go private and subsequent recapitalization.

He also worked on ABN Amro’s $21 billion sale of LaSalle Bank to Bank of America as well as Mellon’s $17 billion merger of equals with the Bank of New York.