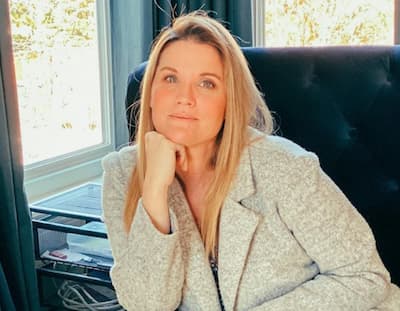 Davis was born on April 4, 1981. She is 40 years old as of 2021. Davis celebrates her birthday on the 4th of April every year, surrounded by close friends and family.

Davis stands at an approximated height of 5 feet 6 inches. Her height goes well with her petite body size. However, there are no further details about her body measurements. She has blonde hair. 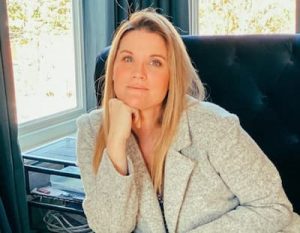 Davis was raised alongside her twin sister Lyndsay Lamb by her mother Kathy Kuna DeWitte and her father whose information is not available. The twins have an elder sister named Jennifer LaCourse Starling. There is no further information about Davis’s family.

Davis and Lyndsay Lamb are award-winning realtors running their own real estate firm called Lamb & Co. Davis joined the firm in 2013 when Lyndsay’s son was diagnosed with cancer and had to give him all her caring attention. Prior to that, Davis was a real estate transaction coordinator.

In 2020, Davis together with her sister got a chance to host their own property show on HGTV called the Unsellable Houses. The show debuted in February 2020. On the show, the two buy houses that are unlivable and unsellable and completely renovates them. The show was renewed for its second season on March 31, 2021.

The realtor is a happily married woman. She is married to her husband Jacob Davis who was her high school sweetheart. The two have been married for 19 years since April 12, 2002. Together they have three sons Cash, Cole, and Kyler.

Davis together with her husband Jacob Davis has three sons named Cash, Cole, and Kyler. When not working, Davis spends lots of time with her boys and cheering them at their sports games.

Davis is an award-winning realtor who has been in the business for years now. In addition to that, she co-hosts HGTV’s reality show Unsellable houses alongside her sister Lyndsay Lamb. Over the years, Davis has been able to build her own wealth through her career. She has an estimated net worth in the range of $1 million – $5 million.