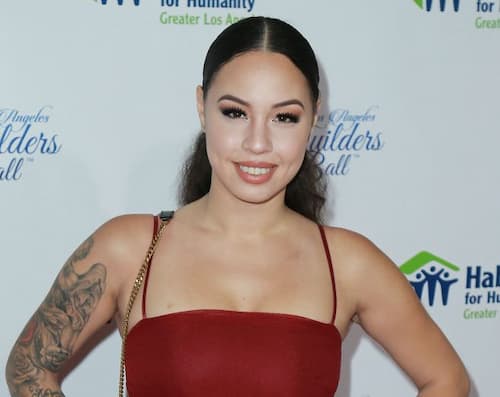 Katrina stands an estimated height of 5 feet 5 inches and is of average weight. She has long black hair and dark brown eyes. Further information about her body measurements will be updated soon.

Katrina was born and raised in Chicago, Illinois. She was born to her parents Ken Jackson an African-American and Katheleen Edgerton a Korean-American. Her parents got divorced years ago. Kat was raised alongside her two sisters. However, their names are not available at the moment.

Katrina has a son named Jackson Fredrick Collins born in June 2021. Her baby’s father is Jamie Collins Sr. an American football linebacker for the New England Patriots of the National Football League. She had announced the news of her pregnancy in March 2021 through maternity photos. 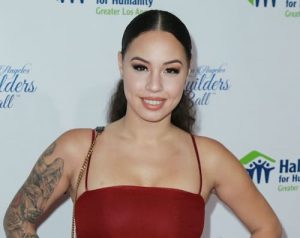 Tat was the main cast of the reality tv show Black Ink Crew: Chicago.  The show is a spin-off of Black ink Crew: New York. It made its debut on October 26, 2015. The show is centered on the African-American-owned tattoo shop 9MAG based in Chicago, Illinois. Its seventh season premiered on October 4, 2021. She left the show in December 2017 after the third season. She started her own tattoo shop called Enigma in Los Angeles.