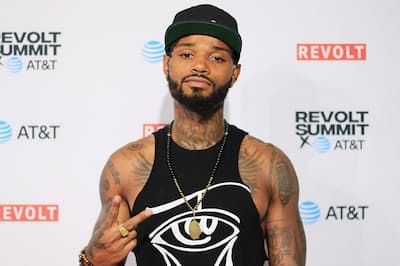 Danny Kilpatrick a native of Compton is an American reality tv star, actor, rapper, tattoo artist, and business owner. He stars in the reality tv show Black Ink Crew: Compton a spin-off of Black Ink Crew: New York. The show premiered on August 14, 2019, on VH1. Its second season is set to premiere on February 21, 2022.

Danny appears to be quite tall. He stands at an estimated height of 6 feet 1 inch (1.85 meters) and weighs about 86 Kgs. He has black hair and dark brown eyes. Further details about his body measurements are currently not available.

Danny was born and raised in Compton, California. He has not disclosed any information about his parents and siblings. However, his family has occasionally appeared on the reality show Black Ink Crew: Compton. Further information will be updated.

Kilpatrick has been in a longtime relationship with actress Kyla Pratt. The two met back in 2003 and started dating in October 2005. Kyla and Danny have been together for 16 years now. They got engaged in April 2011. They are yet to get married.

Danny and Kyla have two beautiful daughters; Lyric Kai Kilpatrick born on 17th November 2010 and Lyah Kilpatrick born on 5th August 2013. kyla Pratt has appeared in films and tv shows like; Dr. Dolittle franchise, The Proud Family, One on One, Recovery Road, Love, and Basketball, Let’s Meet Again on Christmas Eve, and Call Me Kat. 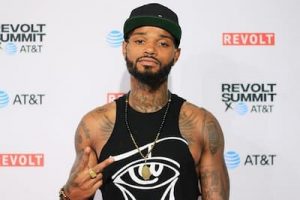 Kilpatrick has a son named Danny Kirkpatrick Jr. His son is from a previous relationship. He has, however, not disclosed further information about his son. Danny also has two daughters Lyric Kai Kilpatrick and Lyah Kilpatrick.

Kilpatrick stars in the reality tv show Black Ink Crew: Compton. It features his tattoo shop called IAM Compton. The show is a spin-off of Black Ink Crew: New York. It premiered on August 14, 2019, on VH1. Its second season is set to premiere on February 21, 2022. Aside from tattoos, he is a rapper and an actor. He has his own record label called Ink Art Music.

Kirkpatrick’s net worth is still under review and will be updated soon.