Hailie Jade (Hailie Jade Scott Mathers) is a native of Detroit, Michigan and the daughter of American rapper, songwriter and record producer, Eminem.

Jade came to public attention for the first time after her father released tracks like ‘Hailie’s Song’ and ‘Mockingbird’ which had references to her.

Hailie was raised alongside Whitney, her step-sister from her mother’s other relationship, and Alaina Marie, who was the daughter of her maternal aunt Dawn. Both Whitney and Alaina Marie were adopted by Eminem.

She had a normal upbringing. Unlike many other celebrity children who are home-schooled, Hailie was not. She studied at the Chippewa Valley High School in Michigan. 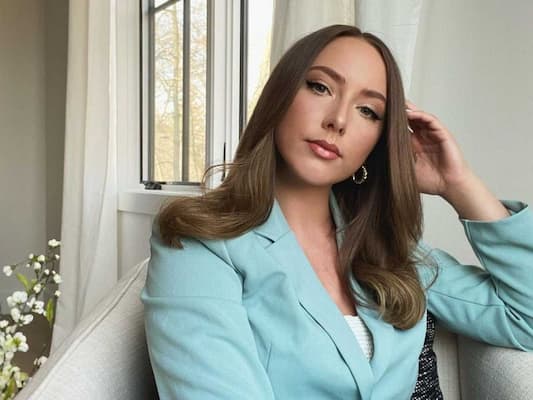 At Chippewa Valley High School, she was a member of the National Honor Society and played volleyball.

Her parents met when they were still in high school. Later in 1987, Kim and her twin sister Dawn ran away from their home and Eminem convinced his mother to let them stay at their place.

Soon after, a relationship developed between the two. Hailie was then born in 1995 and four years later, in 1999, Kim and Eminem got married. They, however, filed for divorce in 2001. Later in 2006, Kim and Eminem remarried in January 2006 but he sought divorce again in April.

Hailie had a troubled childhood due to the strained relationship between her parents. In 2001, her mother was arrested and charged with cocaine possession. She, however, was not convicted.

Two years later, she was charged with felony possession of cocaine, driving with a suspended license, and unsafe driving near a stopped emergency vehicle. This time, Kim was given a sentence of 30 days in jail after she violated her probation. In 2017, Eminem put out the track, ‘Bad Husband’, in which he apologized to Kim for the pain he had caused her.

Jade is in a relationship with Evan McClintock. Hailie and Evan met at Michigan State University and they officially started dating in 2016.

She previously was in a relationship with Justin Denham in 2013.