From 1994 to 1995, Haywood served as a law clerk to Judge Thelton Henderson of the United States District Court for the Northern District of California.

Later from 1995 to 1998, he worked at the law firm of McCutchen, Doyle, Brown & Enersen. Haywood also served as an Assistant United States Attorney in the Northern District of California, from 1999 to 2006. 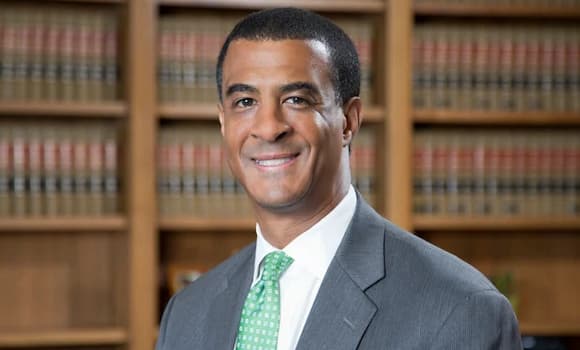 He was also a partner at Covington & Burling, where he served as the Vice-Chair of the firm’s White Collar Defense and Investigations practice group from 2009 to 2014.

Haywood received a hearing before the United States Senate Committee on the Judiciary on September 17, 2014. His nomination was reported out of committee by voice vote on November 20, 2014.

Later on December 16, 2014, Reid withdrew his cloture motion on Gilliam Jr.’s nomination, and the Senate proceeded to vote to confirm Gilliam Jr. in a voice vote. On December 19, 2014, Haywood received his federal judicial commission.

On May 24, 2019, Haywood granted a preliminary injunction preventing the Trump administration from transferring funds from military accounts to begin building additional border fencing.

The injunction applies specifically to some of the money the administration intended to allocate from other agencies and limits wall construction projects in El Paso, Texas, and Yuma, Arizona.

He, however, did not rule on an additional $3.6 billion in funds from military construction projects that have yet to be identified by the Defense Department.

“The position that when Congress declines the Executive’s request to appropriate funds, the Executive nonetheless may simply find a way to spend those funds ‘without Congress’ does not square with fundamental separation of powers principles dating back to the earliest days of our Republic,” Haywood wrote.