A native of Springfield, Illinois, Fred Hickman is an American broadcaster who has worked with CNN, TBS, YES Network, and ESPN. He is a news anchor and producer at WDVM-TV.

Hickman joined CNN in 1980 as an original co-host of the CNN show Sports Tonight. This was soon after graduating from College in Cedar Rapids, Iowa in 1978.

The American broadcaster was born on 17 October 1956 in Springfield, Illinois, United States. He is 62 years old as of 2018. 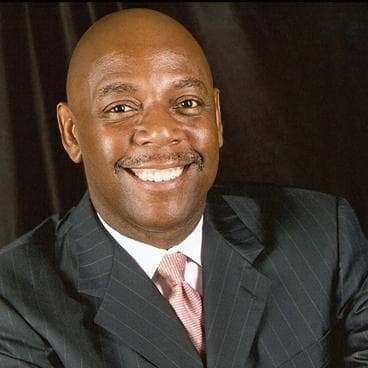 Hickman has been married twice. He and his first wife Judith Tillman got married after having a long affair but got divorced after 18 years of marriage. Soon after their divorce, he started dating Sheila Bowers and later got married to her in 2007.

In August 2018, Hickman came over from WVLA-TV to join sister independent station WDVM-TV in Hagerstown, Maryland. According to the station’s Website, he is a news anchor and producer.

Hickman began his professional radio broadcasting career as a news anchor in 1977, at KLWW-AM in Cedar Rapids, Iowa. Later after leaving Coe College, Hickman moved back to his hometown to work at the WFMB-AM radio station. Here he was responsible for playing country music. In February 1978, Fred became an anchor and sports director of the Springfield television station WICS-TV where he stayed until May 1980.

In 1980, Hickman joined TBS in Atlanta, Georgia, working with Nick Charles as part of a four-person sports department for the company’s Cable News Network CNN. The two took to the air on June 1, 1980, as hosts of CNN Sports Tonight; a nightly sports wrap-up show in which Hickman and Charles reported scores and events, showed highlights of college and professional games, and selected a “Play of the Day.” The show was a nightly rival to ESPN’s SportsCenter, which Hickman later joined.

Hickman briefly left CNN in 1984, to serve as a sports anchor for WDIV, the NBC affiliate in Detroit, Michigan. At WDIV he served as an anchor, a “beat reporter” for the MLB’s Detroit Tigers, and a boxing specialist from June 1984 to May 1985.

He later returned to the TBS in November 1986, to serve as a co-anchor with Nick Charles for CNN/Sports Illustrated. He remained at CNN until September 2001. While there, he served as a host for both the NBA and NFL pre-game and post-game shows, a commentator on the Atlanta Hawks and a co-host of the Olympic Winter Games in Albertville, France in 1992, the Olympic Winter Games in Lillehammer, Norway in 1994 and the Goodwill Games in St. Petersburg, Russia in 1994.

Fred also served as a Master of Ceremonies, speaker and guest panelist at the Butkus Award and the Eddie Robinson Award. He was also a narrator for TBS’s contribution to Bob Ballard’s National Geographic specials, including the recovery of the Titanic.

Hickman joined the New York City-based YES Network for its 2002 launch after leaving Atlanta in October 2001. At YES, he was their original anchor, hosting the pre-game and the post-game shows for New York Yankees telecasts. He also hosted pre-game and post-game shows for New Jersey Nets cablecasts, as well as the weekly Yankees Magazine. He left YES in November 2004.

Hickman joined  ESPN in Bristol, Connecticut after leaving YES Network. At ESPN he hosted ESPN’s flagship shows including SportsCenter, Baseball Tonight, ESPN Classic, NBA Shoot Around, and NBA Coast to Coast. Hickman also appeared as a fill-in host on ESPN radio and briefly hosted ESPNEWS. He left the network in May 2008.

Hickman joined Fox Sports as a host of the Braves Live pre & post-game show for the 2009 and 2010 seasons on Fox Sports South, based in Atlanta, Georgia. He also hosted the In My Own Words interview show.

Hickman has an estimated net worth of around $1 million.