A native of Montreal, Canada, Martin Savidge is a Canadian – American television news correspondent working as an anchor for CNN. He previously worked for NBC News.

He has worked with Kelly O’Donnell, an NBC correspondent, as they reported for WJW, Cleveland. Savidge has been with CNN since January 2011.

Savidge was first hired by CNN in 1996 then left the news-based pay television channel prior to joining NBC News in 2004. In 2009, he returned to CNN as a freelancer and in March 2011, he again became a CNN staffer. 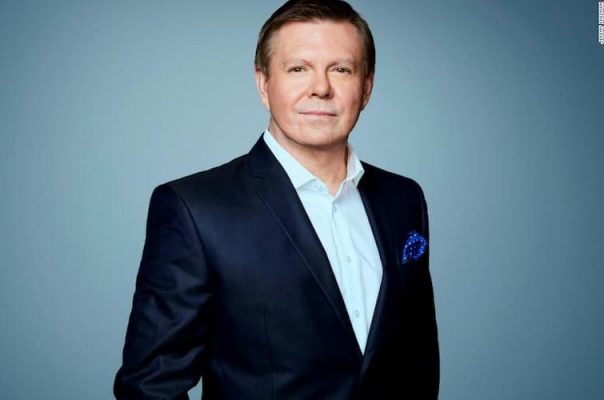 Martin’s parents are British who lived in Canada at the time he was born. They later moved to the United States and settled in Rocky River, Ohio. He had his high school education at Rocky River High School from where he graduated in 1976. Martin then proceeded to Beck Centre for the Arts in Lakewood, Ohio to study theater.

He also enrolled in Ohio University and earned himself a Bachelor’s degree in Journalism from the university. He holds dual citizenship of both Canada and the USA.

Martin is married to Bliss Savidge, his longtime girlfriend. The lovebirds got married in November 1989 after dating for some time. They celebrated their 28th wedding anniversary on November 25, 2017. He describes his wife as his support system from the very beginning.

Martin and his wife have two children; a son by the name of Stehl Savidge and a daughter by the name of Blis Savidge who is a six-time EMMY Journalist.

Martin began his journalism career as a prime-time anchor for WMBD-TV as well as a stint at WCIA in Champaign, Illinois. He also interned at WKYC and reported for the Associated Press.

In September 1984, he joined WJW, where he won nine Emmy awards working as a local reporter and unofficial international correspondent. Out of the nine Emmy’s he won, five were earned in his last year at the station.

One Emmy-winning special at WKYC which was based on the background of D-day was inspired by his father Earnest; a retired Royal Navy. While at WJW, he covered stories in Vietnam, Russia, and Ukraine.

Later, in 1996, Savidge was hired by CNN as a field reporter but then worked as an anchor. In March 2004, he joined NBC News. During his time at his new station, he covered numerous vital stories, including Hurricane Katrina when it struck the Gulf Coast.

After that, he was promoted to the position of head correspondent and his new position helped him to open an NBC News bureau in New Orleans.  Savidge left full-time work at NBC in October 2008, to be the anchor of Worldfocus, an American newscast focusing on international news.

On 13 January 2009, Martin began hosting a weekly radio show on BlogTalkRadio which is a 30-minute talk show focused on international news and includes a panel of guests. On 28 August 2009, Martin announced on the program that Daljit Dhaliwal would be taking over his role on Worldfocus. He, however, would still host one week a month and have an opportunity to “step out from behind the desk”.

Martin’s salary is not known to the public.

The CNN anchor has an estimated net worth of $12 million.

Savidge has been received numerous awards in his career. These include;