A native of New York, Wrabel whose full name is Stephen Wrabel is an American musician, singer, and songwriter based in Los Angeles.

Stephen attended high school at The Kinkaid School in Houston, Texas. He later studied at the Berklee College of Music for a semester until he left Boston to move to LA and focus on songwriting.

Stephen Wrable is gay. His song “11 Blocks” is autobiographical describing his feelings about his first love who had moved 11 blocks away from him in California.

In his other song “Bloodstain”, directed by Isaac Rentz, the video displays suffering and heartache in a relationship, while the star Wrabel is fighting for his life. 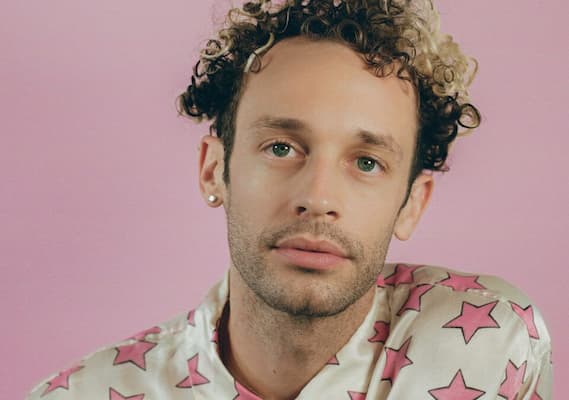 Stephen got his first big break when he was signed to Pulse Recording as a songwriter. In 2010, he recorded the theme song for the NBC game show Minute to Win It, “Get Up”, produced by Eve Nelson.

In 2014, Dutch DJ Afrojack released a version of Stephen’s song “Ten Feet Tall”, resulting in an international hit. The song premiered in the United States during Super Bowl XLVIII in a Bud Light commercial and was viewed by around 100 million viewers.

Stephen later released the original piano-based version of the song on May 19, 2014. BuzzFeed named the Afrojack version of “Ten Feet Tall” one of the “35 Best Pop Songs You May Have Missed This Summer”.

Stephen released his single “11 Blocks” on June 24, 2016. The song was heavily supported and promoted by Kesha. He also released both a lyric video and a music video for the song.

Later on March 10, 2017, he released his second single, titled “Bloodstain”. A lyric video for the song was released the same day.

In May 2017, Stephen released an EP titled We Could Be Beautiful. Later in July 2017, he released a song titled The Village the song dedicated to show support for transgender people.

Stephen was named by The Huffington Post as an artist you need to know in 2014.

Nylon says his debut EP Sideways is “stocked with the soulfulness of a Sia or Sam Smith, and a melodic pop DNA that throws back to icons like Paul Simon, the title track twists heartbreak into something, well, beautiful.”

BuzzFeed named “I Want You” one of “The Most Criminally Underrated Pop Songs of 2015”.

MNDR released a remix of Stephen’s “I Want You” on October 21, 2015, which premiered on Noisey.