He is best known for his television roles as Sheriff Tom Underlay on Invasion, Alexander Mahone on Prison Break, and Adam Janikowski on Mom.

Fichtner was born to his parents Patricia A. and William Frederick Fichtner. He was raised in Cheektowaga, New York, alongside his four siblings Mary, Margaret, Pamela, and Patricia. 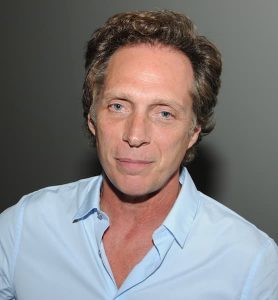 Fichtner attended Maryvale High School in 1974. After high school, he graduated from Farmingdale State College in 1976 with an associate degree in criminal justice.

Later, he attended SUNY Brockport and received a Bachelor of Arts degree in criminal justice in 1978. Following his graduation, he studied at the American Academy of Dramatic Arts in New York.

In 1987, Fichtner made his acting debut as Josh Snyder in As the World Turns. Contact, Heat, Armageddon, Go, Equilibrium, Black Hawk Down, The Perfect Storm, The Longest Yard, Crash, Ultraviolet, Drive Angry, and The Dark Knight have all featured him since then.

Fichtner is mostly known for his supporting roles, but one of his few leading roles is in Passion of Mind, which also stars Demi Moore and Stellan Skarsgard. From 2013 to 2021, he starred in the CBS sitcom Mom.

He played Ken Rosenberg in the video games Grand Theft Auto: Vice City and Grand Theft Auto: San Andreas under the name Bill Fichtner. Also, he played Sheriff Tom Underlay in the sci-fi TV series Invasion from 2005 to 2006. After Invasion was canceled, he starred in three seasons of Prison Break (2006–2009) as ruthless FBI Agent Alexander Mahone.

At the National Hockey League awards show in 2009, he co-presented the Vezina Trophy (for goaltending). Later, in The West Wing episode “The Supremes,” he guest-starred as judge Christopher Mulready. He also appeared in the feature film The Dark Knight as the manager of the Gotham National Bank and in the film Equilibrium as Jurgen.

Fichtner has an estimated net worth of $8 million.