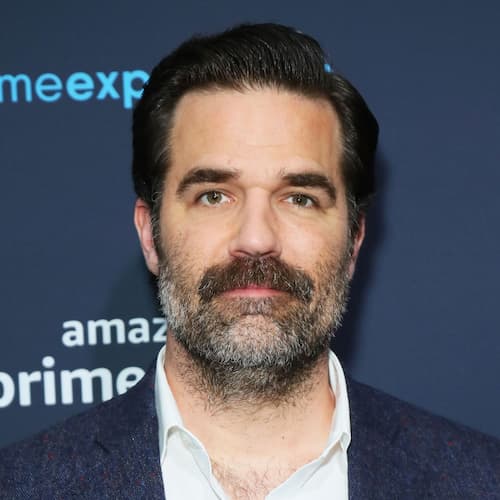 He is best known for co-creating and starring in the critically acclaimed Channel 4 and Amazon Prime comedy Catastrophe, which airs in more than 130 countries.

Delaney likes to keep his personal life private hence has not yet disclosed any information about his parents or siblings. 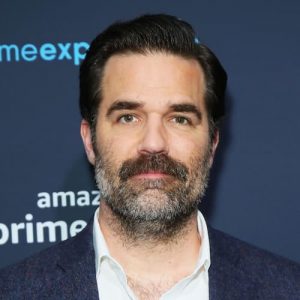 Delaney is married to his wife, Leah Delaney with whom they have four sons. Their son Henry died at the age of 2 in January 2018 after being diagnosed with a brain tumor in 2016.

Delaney graduated with a degree in musical theater in 1999 from New York University’s Tisch School of the Arts.

In 2009, Delaney began posting to Twitter. He had over 1.2 million followers by 2016. Delaney was named one of the ten funniest people on Twitter by Paste magazine in 2010. He was the first comedian to win the ‘Funniest Person on Twitter Award,’ which he earned in 2012.

Delaney revealed in December 2011 that he would film a pilot for a variety show called @RobDelaney for Comedy Central. The display, however, was not picked up. Instead, he co-wrote and co-starred in Catastrophe with Sharon Horgan, which premiered on Channel 4 in the UK in January 2015. He earned his only Emmy nomination for the series.

Also, he portrayed Peter, a middle-aged man with no powers who joins X-Force in the film Deadpool 2. Hobbs & Shaw, in which he played Agent Loeb, reunited him with director David Leitch and actor Ryan Reynolds. He was cast opposite Sigourney Weaver and Kevin Kline in The Good House in September 2019.

Delaney has an estimated net worth of $3 million.