A native of Bartlesville, Oklahoma, United States, Ree Drummond is an American food writer, blogger, author,  television personality, and photographer, who resides on a working ranch outside of Pawhuska, Oklahoma with her husband. However, in February 2010, she was recorded as No. 22 on Forbes’ Top 25 Web Celebrities.

Drummond is 53 years old as of 2022. She was born on 6 January 1969 in Bartlesville, Oklahoma, United States. She celebrates her birthday on 6 January every year.

Drummond graduated from Bartlesville High School in 1987 after which she left Oklahoma to attend college in Los Angeles, California. She graduated from the University of Southern California in 1991, having first studied journalism before switching to gerontology. After graduation, she hoped to attend law school in Chicago, but her plans changed unexpectedly when she met and married her husband, Ladd Drummond.

Drummond was born and raised in Bartlesville, Oklahoma, the United States by her loving and caring parents. Her father, William Dale Smith, an orthopedic surgeon, and her mother Gerre Schwert later on divorced. She has two brothers, Doug and Mike, and a younger sister, Betsy. 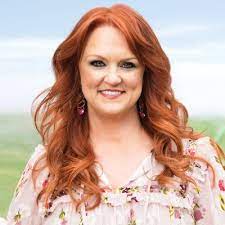 On September 21, 1996, Drummond married Ladd Drummond, a fourth-generation member of a prominent Osage County cattle ranching family whom she refers to as “the Marlboro Man” in her books and her blog. They spent their honeymoon in Australia and live on a remote working cattle ranch approximately 8 miles west of Pawhuska, Oklahoma.

They have five kids– Jamar, Bryce, Alex, Paige, and Todd.

Drummond has an estimated net worth of  $50 Million.

On March 19, 2010, Drummond confirmed media reports that Columbia Pictures had acquired the film rights to her book From Black Heels to Tractor Wheels. The show company was reported to be in talks with Reese Witherspoon to star as Drummond in a motion picture based on the book.

Drummond made her television debut on an episode of Throwdown! with Bobby Flay when the celebrity chef challenged her (in a change from the show’s normal format) to a special Thanksgiving face-off. Flay traveled to her Oklahoma ranch for the event.

The episode aired on the Food Network on Wednesday, November 17, 2010. Drummond’s home cooking beat Flay’s gourmet-style spread in a tight contest. Music artist and fellow Oklahoma resident Trisha Yearwood was one of the judges.

In April 2011, the Food Network announced that she would host her own daytime television series on the network. The Pioneer Woman premiered on Saturday, August 27, 2011.

In April 2008, Drummond held a giveaway contest in the cooking section of her blog The Pioneer Woman in which she asked readers to share one of their favorite recipes. The response was an unexpected 5,000+ recipes in less than 24 hours. She realized that she had not only grown a community of loyal readers but a community of food lovers as well. She immediately sought a way to catalog the recipes and make them searchable for all.

A little over a year later, on July 14, 2009, Drummond announced the launch of TastyKitchen.com – a simple and free online community website with the tagline Favorite Recipes from Real Kitchens Everywhere! The site was built for her food-loving readers as a place where they could easily contribute, search for and print recipes. In addition to sharing recipes, users can create personal membership profiles and communicate with one another via posts and direct messages. Users also have the ability to rate and review recipes.