A native of Ipswich, United Kingdom, Jeremy Wade is a British television presenter, a freshwater detective, a biologist, and an author of books on angling. He is known for his television series Mighty Rivers, River Monsters, and Dark Waters.

Wade attended Dean Close School and has a degree in zoology from Bristol University and a postgraduate teaching certificate in biological sciences from the University of Kent. He has worked as a secondary school biology teacher in Kent.

Wade was born in Ipswich and raised in Nayland where his father was a vicar. Our efforts to find out more about his family came to no avail as no such information is publicly available. Thus, the identity of Jeremy’s parents is still unclear. We will update this section once this information is available. However, Jeremy has a brother called Martin Wade. 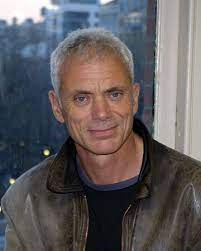 Wade has an estimated net worth of $2 million.

He is in search of the biggest and most dangerous freshwater fish, the kind with a taste for human flesh. River Monsters premiered on ITV in Great Britain and became one of the most-watched, most successful programs in Animal Planet’s history, and one of the most-viewed series on Discovery Channel in the American market.

Jeremy is known for hosting Dark Waters. Dark Waters is an Animal Planet documentary in which Jeremy investigates the disappearance of freshwater giants from the world’s most iconic rivers.

He also says, “I’m Jeremy Wade” in all intros. In 2016, while filming on a remote island near Australia, Wade and his crew stumbled upon a man who had become stranded on the island after losing track of his boat while digging for oysters. The man identified as Tremaine had been on the island for 2 days before Wade and his crew discovered him.