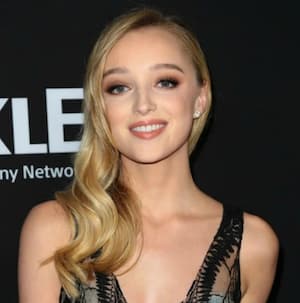 Phoebe Harriet Dynevor a native of Greater Manchester is an English actress who started her career appearing in the BBC school drama Waterloo Road. She went on to appear in tv shows like; Prisoners’ Wives, Dickensian, Younger, and Snatch. She has gained lots of attention for playing the role of Daphne Bridgerton in the Netflix period drama Bridgerton.

Phoebe was born and raised in Trafford, Greater Manchester. Her father Tim Dyvenor is a screenwriter known for his work on Emmerdale and her mother Sally Dyvenor is an actress best known for her role as Sally Webster on Coronation Street. Phoebe has two younger siblings; Harriet and Samuel.

In March 2021, Phoebe got into a relationship with American comedian, actor, and writer Pete Davidson. Their relationship went on for five months until they broke up in August 2021. The actress appears to be single at the moment. 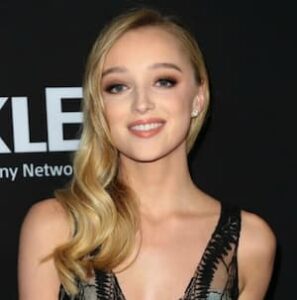 Dynevor started her acting career at the age of 14 when she was cast to play the role of Siobhan Mailey in the fifth series of Waterloo Road. She went on to appear in other tv shows like Monroe and The Musketeers. She played the role of Lauren in the BBC drama Prisoners’ Wives.

Dynevor was cast to play the role of Daphne Bridgerton in the Netflix period drama Bridgerton. The show is an adaptation of the Regency romance novels by Julia Quinn. It premiered in 2020 and was produced by Shonda Rhimes. She made her feature film debut in the film The Colour Room as Clarice Cliff.

Dynevor is set to appear in a film adaptation of the Jonathan Stroud novel The Outlaws Scarlett and Browne in which she will also be an executive producer. She was cast in the Netflix film Bank of Dave.