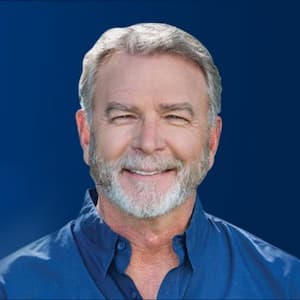 William Ray Engvall Jr. a native of Texas is an American comedian and actor. He is best known for his stand-up comic and his signature “Here’s Your Sign”. He is also known as a member of the Blue Collar Comedy group.

Engvall stands at an estimated height of 5 feet 11 inches and weighs about 70 kg. He has grey hair and blue eyes. Further details about his body measurements will be updated soon.

Bill was born in Galveston, Texas. His father William Ray Engvall Sr. served as a U.S. Navy doctor then later ventured into private practice. There is no information about his mother. From Galveston, the family moved to Arizona then later went back to Dallas, Texas. He grew up with his sister Janet Engvall McTigue.

In 1998, Bill released his comedy album Dorkfish through Warner Bros. Records. The album consisted of 17 tracks including a novelty Christmas song titled “Here’s Your Sign Christmas”. The song peaked at #39 on Hot Country Songs in 1998 and #46 in 1999.

Engvall came to prominence as the host of the cable show A Pair of Jokers. He also made an appearance on The Golden Palace. He went on to host A&E Networks An Evening at The Improv. Bill had stand-up routines on The Tonight Show and the Late Show with David Letterman.

In 1992, Bill was awarded the Best Male Standup at the American Comedy Awards. In 1996, he was cast in the NBC version of The Jeff Foxworthy Show alongside his best friend Jeff Foxworthy. His first comedy album Here’s Your Sign was released in 1996 through Warner Bros. Records.

Bill Engvall Dancing With The Stars

Bill competed in the 17th season of Dancing with the Stars in 2013. He was paired with professional dancer Emma Slater. The two made it to the finals on November 18. They were able to finish in fourth place.

Bill starred in the sitcom The Bill Engvall Show which ran from July 17, 2007, to September 5, 2009, on TBS. The show was written and created by Engvall himself and Michael Leeson. Bill played the role of Bill Pearson a family counselor. His wife’s character was played by Nancy Travis and his children were portrayed by Jennifer Lawrence, Graham Patrick Martin, and Skyler Gisondo.

Engvall has an estimated net worth of $4o million as of 2022.