Max Kellerman a native of New York, is an American sports television personality and boxing commentator. He currently hosts ESPN’s This Just In with Max Kellerman. Prior to this, he was the co-host of the ESPN talk show First Take.

He has previously hosted Max & Marcellus on ESPNLA, ESPN panel talk show Around the Horn, and the sports comedy talk show SportsNation. In addition, Max served as a studio commentator for Friday Night Fights, and a color commentator for HBO World Championship Boxing and Boxing After Dark.

Kellerman stands at an estimated height of 5 feet 9 inches and weighs about 70 Kg. His hair is brown in color and he has blue eyes.

Max was born in The Bronx, New York, and raised in the Greenwich Village area of New York City. He was born to his parents Henry Kellerman and Linda Kellerman. Kellerman was raised alongside his three brothers including the late Sam Kellerman.

Kellerman’s brother Sam Kellerman died in 2004. Born on November 24, 1974, Sam was an aspiring artist who wrote a play called The Man Who Hated Shakespeare. He was younger than Max by 15 months. His body was found in his apartment in Los Angeles on October 17, 2004. After investigations, former boxer James Butler was arrested. He was then charged with Kellerman’s murder. He was sentenced to 29 years in prison. James and Max were friends for about 10 years. 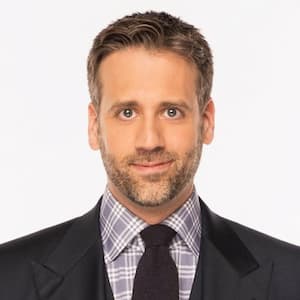 Max has been married to his wife Erin Manning since 1994. Erin is an attorney. The couple met in high school and started dating while in college. They have three children; Esther, Sam, and Mira. His daughter Sam is named after his late brother Sam Kellerman.

Kellerman had his first broadcasting experience on the show “Max on Boxing”. The show aired on a New York City public-access television cable TV. After college, he became an analyst on ESPN’s boxing series Friday Night Fights. He got his own show in 2002. Max became the architect and original host of ESPN’s show Around the Horn.

Kellerman left ESPN to host I, Max on Fox Sports Net. The show was canceled by Fox in 2005. In 2006, Max became the co-host of Spike TV’s King of Vegas. Max became a permanent contributor on the MSNBC show Tucker in 2005. Max also hosted the 10 AM to noon program on WEPN.

He was joined by Brian Kenny who later left the show. The name of the show was changed to The Max Kellerman Show. Max left ESPN in 2009. The next year, Max was hired by CNN. In December 2010, he became the midday host at ESPNLA 710. In July 2016, Kellerman became co-analyst on ESPN’s First Take. He signed a contract with ESPN in 2018.

Max appeared in the 2006 film, Rocky Balboa. In 2015, he made an appearance in the film Creed as a reporter. Kellerman portrayed himself in The Wedding Bout and Real Husbands of Hollywood.

Kellerman earns an annual salary of $1 million. As one of the top journalists working for ESPN, it is obvious that he would earn a decent annual salary.

Kellerman has an estimated net worth of $6 million as of 2022.