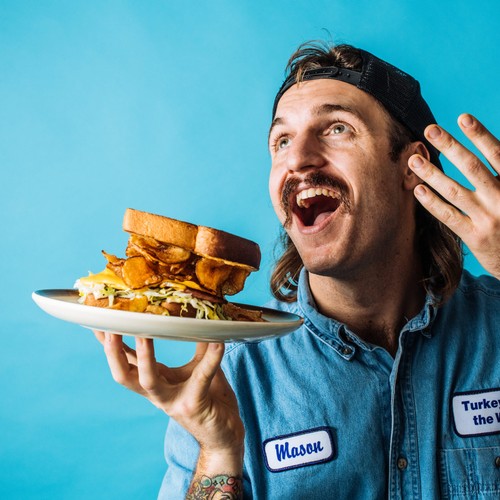 A native of Charlottesville, Virginia, United States  Mason Hereford is a Native-Virginian Chef who was born and brought up in Charlottesville and attended the University of Virginia before transferring to New Orleans in 2008. Hereford then operated under Chef Mike Stoltzfus at Coquette for three years, making his path up to executive sous chef.

Hereford’s age, date of birth, and birthday are not publicly available. However, this section will be updated once its information is available.

Hereford stands at an average height. Details regarding her actual height and weight are publically not available. We will update this section when the information is available.

Hereford grew up around the college university, and in particular, treasured a turkey and cranberry relish sandwich–called the Jefferson–at a famous college restaurant. He went on to attend UVA and had an obsession with dining out.

Hereford was born and brought up in Charlottesville. His father’s name was not mentioned but his mother was called Amy who later on divorced. After Mason’s parents divorced when he was 10, his mother had to wrangle him and his three siblings by herself most mornings, a ritual was born. 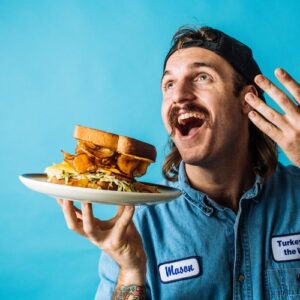 When they were running late for school, which was often, Amy would skip making bacon and eggs, pack the kids in the truck, and head to forage for breakfasts of packaged food in Free Union from a shop called Maupin Brothers Store, which everyone called Maupin’s. “She’d spill coffee on herself,” Mason says, “every single morning.”

Hereford has not come to the public concerning his relationship. We don’t know if he has married or not, therefore we will update this section when information is available. We also don’t have any information about his kids.

Hereford’s net worth is not publicly available. We will update this section.

A fun, flavorful cookbook with more than 95 recipes and Power-Ups featuring chef Mason Hereford’s irreverent take on Southern food, from his awarding-winning New Orleans restaurant Turkey and the Wolf

“Mason and his team are everything the culinary world needs right now. This book is a testimony of living life to the most and being your true self!”—Matty Matheson.

At a young age, he declared he would, in fact, open his own sandwich shop one day. He operated at bars through college and got a flavor of the service industry. It was then that he acquired an affection for cooking professionally.

Hereford worked in restaurants around the country, including San Francisco and Charleston, before moving back to New Orleans in 2008. He became the chef de cuisine at Coquette and at Sweet Olive, which has since closed. He opened a sandwich shop, Turkey and the Wolf in the Irish Channel in 2016, which Bon Appétit Magazine named America’s Best New Restaurant a year thereafter. The most well-known dish on the menu is a fried bologna sandwich.

Hereford opened his second restaurant, Molly’s Rise and Shine, in 2019. This restaurant is a lively breakfast spot that suits American classics with a wrench, such as the Grand Slam McMuffin and Sweet Potato Burrito. Both of his restaurants are simple with an old-fashioned fit. It is evident that Hereford considers cooking and dining should be fun and creative.