A native of London, United Kingdom, Lashana Lynch is an English actress. She is best known for playing the role of Maria Rambeau in the Marvel Cinematic Universe films and Rosaline Capulet in the ABC period drama series Still Star-Crossed.

Lashana Lynch was born and raised in Hammersmith, London by her parents. She is of Jamaican descent. Nevertheless, our efforts to find out more about her parents came to no avail as no such information is available publicly. Thus the identity of her father and mother is not known. This section will be updated once the information is available. Lynch has a brother Anwar Lynch who is also an actor. 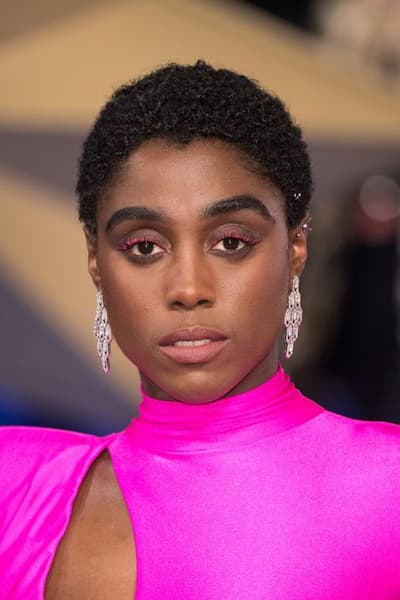 Lynch is not married and does not have a husband, However, she is in a relationship with Nigerian-born British actor Damola Adelaja. The two have been together for a while now and she also shares their pictures together on her Instagram.

Lynch has an estimated net worth of $1.5 Million.

Lynch gives her help to the NGO Action Aid UK which helps women in hazardous circumstances and who are victims of violence and to their children.

Apart from acting, Lynch is also a singer and songwriter. Her first passion was music and wanted to become a singer before she embarked on acting.

She was studying music at Sylvia Young when a teacher recommended for her to take up acting as well since acting and singing go hand in hand. In addition to that, Lynch is also a playwriter. She wrote Cross Words, a play about a poet who falls in love. The play was produced in London.

Lynch was cast as Nomi in the 25th film in the James Bond series titled No Time to Die. The film is a 2021 spy film produced by Eon Productions. It stars Daniel Craig in his fifth and final outing as the fictional British MI6 agent James Bond.

In the movie, Bond, who has left active service with MI6, is recruited by the CIA to rescue a kidnapped scientist, which leads to a showdown with a powerful adversary.

Lynch made her acting debut in the 2012 drama film Fast Girls, She later co-starred in the BBC television film The 7.39 with David Morrissey, Olivia Colman, and Sheridan Smith.

She went also occurred in tv shows such as Silent Witness and Death in Paradise and was a regular cast member on the short-lived BBC comedy Crims in 2015.

Also in 2015, she starred alongside Lenny Henry in the title role of the Chichester Festival Theatre production of Educating Rita by Willy Russell, which played in the Minerva Theatre from 18 June to 25 July.

In 2016, she played the role of Rosaline Capulet in the American period drama series Still Star-Crossed, produced by Shonda Rhimes. In 2018, she joined the cast of the pilot episode of Y: The Last Man as Agent 355 but was replaced by Ashley Romans in the main series.

In 2019, she was cast as Maria Rambeau in the Marvel Cinematic Universe film Captain Marvel. Her character is an Air Force pilot, a single mother of a little girl.

Set in 1995, the story follows Danvers as she becomes Captain Marvel after Earth is caught in the center of a galactic conflict between two alien civilizations.

Captain Marvel premiered in London on February 27, 2019, and was theatrically released in the United States on March 8, as part of Phase Three of the MCU.