A native of  Taiwan, John Metchie is a Canadian gridiron football wide receiver for the Houston Texans of the National Football League.

Nevertheless, he played college football at Alabama, winning the Jon Cornish Trophy twice prior to being drafted by the Texans in the second round of the 2022 NFL Draft.

Metchie moved to the United States to attend St. James School in Hagerstown, Maryland. He spent a post-graduate year at the Peddie School in Hightstown, New Jersey, before committing to play college football at the University of Alabama. 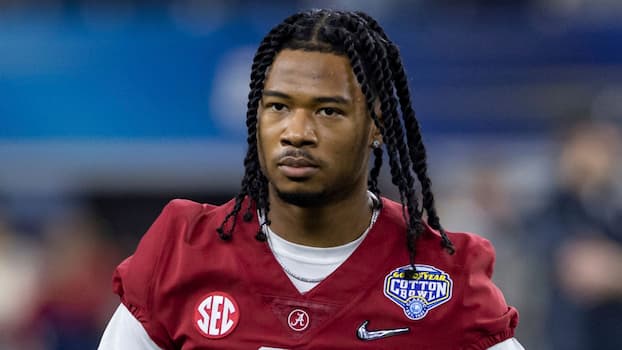 Metchie was born and brought up in Taiwan to a Nigerian father and Taiwanese mother on July 18, 2000. His family moved to Accra, Ghana, when he was one before moving to Brampton, Canada, with his mother and four brothers while his father remained in Ghana.

Metchie prefers to live a private life. However, our efforts to find out more about his girlfriend came to no avail as no such information is publicly available. We don’t know if he is dating, Married, or in a relationship. Thus, the identity of Metchie’s girlfriend is still unclear. It is also not known if she has any kids. We will update this section once this information is available.

Metchie has an estimated net worth of $1 Million.

Metchie played in all 13 games as a freshman at Alabama in 2019 and had four catches for 23 yards. He became one of Alabama’s top three receivers his sophomore year in 2020 racking up 916 yards on 55 receptions with 6 touchdowns.

He was the first receiver to win the Jon Cornish Trophy as the top Canadian in NCAA football in the 2020 season. As a junior in 2021, he recorded 96 receptions for 1,142 yards and 8 touchdowns before tearing his ACL in the 2021 SEC Championship Game. He was again named the recipient of the Jon Cornish Trophy, joining Nathan Rourke as the only two-time winner.

He was chosen by the Houston Texans in the second round (44th overall) of the 2022 NFL Draft and by the BC Lions in the seventh round (59th overall) of the 2022 CFL Draft before signing a four-year contract, worth $8 million, with the Texans on May 14, 2022. In July, Metchie announced he would sit out his rookie season after being diagnosed with acute promyelocytic leukemia.