A native of Moscow, Russia, Sergey Brin is an American computer scientist, business magnate, and internet entrepreneur. However, he co-founded Google with Larry Page. He was the president of Google’s parent company, until stepping down from the position on December 3, 2019.

Brin acquired his bachelor’s degree at the University of Maryland, College Park, following in his father’s and grandfather’s footsteps by studying mathematics, as well as computer science. After graduation, he enlisted at Stanford University to acquire a Ph.D. in computer science. There he met Page, with whom he built a web search engine. The program became popular at Stanford, and they suspended their Ph.D. studies to start up Google in Susan Wojcicki’s garage in Menlo Park.

Brin was born and raised in Moscow, Russia to Russian Jewish parents, Eugenia and Mikhail Brin, both graduates of Moscow State University (MSU). His father is a retired mathematics professor at the University of Maryland, and his mother is a researcher at NASA’s Goddard Space Flight Center. 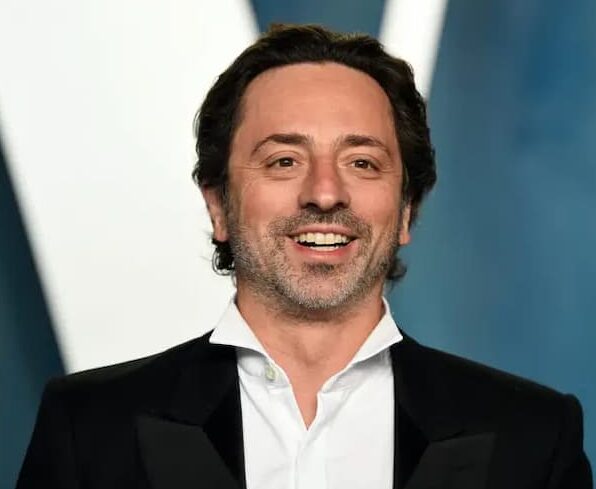 Brin married entrepreneur and biotech analyst Anne Wojcicki in the Bahamas. The couple was blessed with a son in late 2008 and a daughter in late 2011. In August 2013, it was announced that Brin and his wife were living separately after Brin had an extramarital affair with Google Glass’s marketing director Amanda Rosenberg. In June 2015, they concluded their divorce.

On November 7, 2018, he married Nicole Shanahan, a legal tech founder. They have a daughter, born in late 2018. Brin and Shanahan separated on December 15, 2021, and Brin filed for divorce on January 4, 2022. According to a report in the Wall Street Journal, the cause of their breakup was an affair Shanahan had with Elon Musk, a claim denied by Musk.

Brin has an estimated net worth of $95.6 billion.