Jalen Lecque is an American professional basketball player for the Phoenix Suns of the NBA. He entered the 2019 NBA draft after formerly committing to play college basketball for NC State.

He was not drafted in the 2019 NBA draft on June 20. Lecque was, however, signed to a 4-year deal, 2 years guaranteed, by the Phoenix Suns.

Lecque was born in Manhattan, New York, and lived in The Bronx until he was three years old. His parents worked in Harlem.

His father worked at a barbershop and his mother at a hospital. As a toddler, he moved with his family to Teaneck, New Jersey, where he attended elementary and middle school. 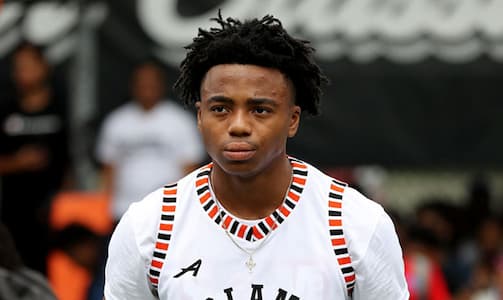 Lecque decided to enroll at Monsignor Scanlan High School in The Bronx because of its superior basketball program instead of attending his local school Teaneck High School.

In the 2016–17 season, Lecque averaged about 11 points per game. In April 2017, he saw breakout success with Southern Stampede at the Nike Elite Youth Basketball League (EYBL). This helped him gain interest from many prominent NCAA Division I programs.

While entering the 2017–18 season, Lecque transferred to Christ School in Arden, North Carolina while reclassifying from the 2018 to 2019 class.

Lecque was drawn to the school for not only basketball but also academics. He averaged 20.1 points, 9.1 rebounds, and 9.3 assists per game.

He lead his team to the 3A North Carolina Independent School Athletic Association (NCISAA) state semifinals.

On July 30, 2018, he announced that he would transfer to Brewster Academy in Wolfeboro, New Hampshire for his senior season.

On October 2, 2018, Lecque committed to play college basketball for NC State. He was considered a five-star recruit at the time.

He was named one of 77 total players participating in the NBA Draft Combine on May 8, 2019, which was to happen later in the month.

Lecque recorded a 43-inch maximum vertical leap, the highest at the combine, and left the combine early after receiving positive feedback from NBA teams.

Lecque has an estimated net worth of around $3 million.