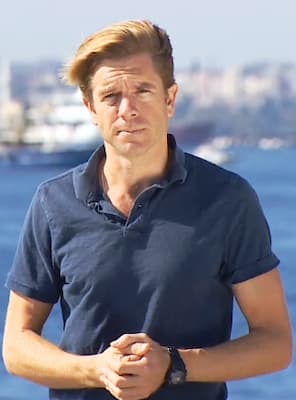 A native of  Atlanta, Georgia, Ivan Watson is an American journalist working as CNN’s senior international correspondent based in Hong Kong.

Prior to joining CNN, Ivan had been working in National Public Radio (NPR) for eight years working as a reporter on significant events that took place in the Middle East, Central Asia, and West Africa.

During his time at CNN, Watson has roamed across the world, reporting on a wide range of stories. Most recently, he covered Hong Kong’s Umbrella Revolution pro-democracy movement.

In 2013, Ivan reported on the devastation and struggle for survival in the Philippines after Typhoon Haiyan. He also broadcast from Cairo’s Tahrir Square in 2011. In 2010, Ivan was part of CNN’s award-winning team of reporters who landed in the earthquake-shattered capital of Port-au-Prince in Haiti.

While he was based in Istanbul, Ivan charted the deadly government crackdown on protesters in neighboring Syria and the country’s descent into civil war. He made multiple trips into rebel-controlled parts of Syria and also documenting the surge of refugees across the border into Turkey.

Ivan rejoined CNN in 2009 from NPR, where he spent eight years reporting extensively on major stories around Central Asia, Middle East, and West Africa. While at NPR, he covered the US invasion and troubled occupation of Iraq and the US-led overthrow of the Taliban in Afghanistan in 2001. Before joining NPR, Watson had worked as a Moscow-based producer for CNN in the late 1990s.

Watson celebrates his birthday on 25th November. However, his year of birth still remains a mystery.

Watson is married. He, however, loves keeping his family private and as a result, there is no much information available about his wife. The couple welcomed their baby in May 2021. Ivan announced the birth of the baby on his Instagram writing;

“In other news, it was a very busy Monday for the Watson family. We welcomed little Ekaterina into the world. My lovely wife worked REALLY hard on this project. These photos have been made with filters of love, gratitude, and many tears of joy.”

In a half-hour documentary, Ivan dived underwater to see the impact of climate change on Australia’s Great Barrier Reef. Damage, which the world’s foremost expert on coral reefs, Charlie Veron, claims could trigger a “mass extinction”.

Ivan met with Charlie, who has spent 45 years of his life diving in the Great Barrier Reef and has personally discovered 20 percent of the world’s coral species. The marine park is bigger than two-thirds of the countries on Earth. Veron took Ivan Watson deep into aquamarine waters to get a snapshot of the reef’s ecosystem and the impact of climate change up close.

Veron explained to Ivan how the Australian government has pumped nearly $400 million into protecting the reef but still insisted that money alone cannot provide a solution.

When asked what lessons people should take from the current plight of the reef, told Ivan: “Coral bleaching is driven by carbon dioxide, unless you stop pumping carbon dioxide into the atmosphere, it’ll go on. It’s as simple as that. There’s no way around it, there’s no alternative… The lesson from geology is that’s the trigger of mass extinction. We can’t – as humans – can’t exist independently of the welfare of that planet.”

His salary is not yet known but he definitely is earning a handsome amount of money.