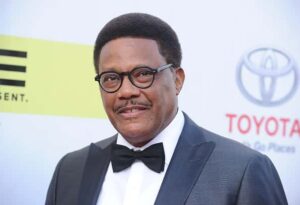 Mathis was born in Detroit, Michigan, the fourth of four boys born to Charles Mathis, a Detroit native, and his wife Alice Lee Mathis, a devoted Seventh-day Adventist, housekeeper, and nurse’s aide. Alice raised Mathis alone in Detroit during the turbulent 1960s and 1970s. Mathis moved to Herman Gardens in 1964 and lived there with the family until roughly 1970. They moved away from the housing complex to avoid rising drug use and rates of violent crime.

Mathis has an estimated net worth of $20 million dollars.

Following Mathis’s time spent in the Herman Gardens mixed-income housing, he stayed dedicated to helping families in the area. In 2003, he lobbied city officials on the behalf of former Herman Gardens residents, beseeching lawmakers to let these people a first chance to move into new flats built where Herman Gardens once stood.

Mathis was denied a license to practice law for several years after graduating from law school. This was because of his past criminal record. He acquired his Ph.D. from the University of Detroit Mercy in 1987. In 1995, he was elected district court judge for the 36th District of Michigan, earning him the youngest person in the state to hold the office.