A native of Chicago, Illinois, Dave Schrader is an American paranormal investigator and a host known for his radio show in the paranormal field.

Presently, he hosts Midnight In The Desert. Earlier, he worked as the guest host for Coast to Coast AM and was featured on The Holzer Files.

Schrader is 69 years old as of 2022. He was born on September 15, 1952, in Chicago, Illinois, United States. He celebrates his birthday on the 15th of September every year.

Schrader stands at an average height. His actual height and weight have not been publicly not mentioned. We will update this section when the information is available.

Schrader went to Winona State College where he studied and graduated. Further information regarding his educational background in detail is presently under review and will be updated as soon as it is available. 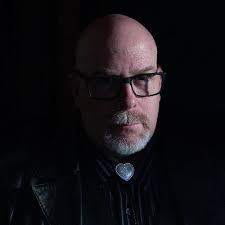 Schrader was born and raised by his parents in Chicago, Illinois, United States. It is known that he was visited by the spirit of his deceased grandmother in his childhood. As a result, he has had an active interest in the paranormal since then.

However, our efforts to find out more about the Schrader family came to no avail as no such information is publicly available. Therefore, the identity of his parents is still unclear. It is also not known if he has any siblings. We will update this section once this information is available.

Schrader has been married to his charming wife, Winnie Schrader, aka PodCassie. As a result of their marriage, the partners share four daughters together. It is known that one of his daughters, Ripley, is dealing with complications of her Type 1 diabetes.

Schrader has an estimated net worth of $6 Million.

Dave Schrader Midnight In The Desert

Schrader is a vastly recognized paranormal investigator. He is also a host known for his radio show that circles around realms of the strange and fringe in the paranormal field. It is known that he began off with Darkness Radio along with co-host Tim Dennis.

Afterward, he became a regular fill-in host for George Noory on Coast to Coast AM. Currently, he hosts Midnight In The Desert which was previously hosted by Art Bell on Dark Matter Digital Network.

Prior, he worked behind the scenes on Ghost Adventures as a location scout and researcher. Some of his popular public presentations include The Other Side: The Common Sense Approach to Ghost Hunting. He has also presented Frightmare Creatures: Things that go Bump in the Night.

On the other hand, he co-wrote The Other Side: A Teen’s Guide to Ghost Hunting and the Paranormal. As a result, this was the lead judge on the Travel Channel hit mini-series Paranormal Challenge.

Furthermore, Dave’s book has appeared onscreen on Travel Channel’s #1 series. In addition, it was featured Ghost Adventures numerous times, Haunted Hospitals, and Paranormal State on A&E. He featured a cast member of a new paranormal reality series on Travel Channel in 2019.