Cynthia Denise Bailey a native of Alabama, is an American reality tv personality, model, and actress. She is best recognized for starring in the tv show The Real Housewives of Atlanta. At the age of 18, she moved to New York to pursue a modeling career. She signed a five-year contract with Wilhelmina Models. Aside from appearing in various magazines and adverts, she was also a runway model in Paris and Milan.

Cynthia was born in Decatur, Alabama, and raised in Tuscumbia. She was born to her father Elijah who then worked at an auto factory and her mother, Barbara who worked at a sewing factory. Her mother had her when she was 18 years old. Cynthia’s sister Malorie was born roughly a year after Cynthia was born. Bailey’s grandmother Mae Frankie Ford worked in a sewing factory, sold hotdogs and hamburgers, and cleaned houses.

In 1996, Cynthia and Jayson Williams started a romantic relationship. He proposed to her on a New Jersey Nets halftime show. She, however, declined his marriage proposal. She declined another marriage proposal from Russell Simmons. Cynthia was in a relationship with Leon Robinson. They had their daughter Noelle on November 9, 1999.

On July 24, 2010, she married Peter Thomas at the Fernbank Museum of Natural History. The two co-authored a book about their relationship called Carry-On Baggage: Our Nonstop Flight. They got separated in 2016 and finalized their divorce in 2017. In 2018, she started dating Fox Sports correspondent Mike Hill. In July 2019, they got engaged and tied the knot on October 10, 2020. 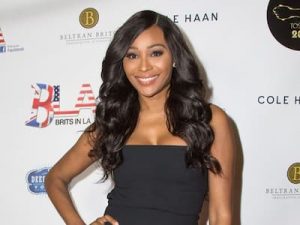 As a model, she has worked with; Maybelline, Oil of Olay, and Target and magazines like; Vogue, Glamour, Elle, Essence, and Vanity Fair. Cynthia joined the reality show The Real Housewives of Atlanta on its third season in 2010. The show featured her marriage to Peter Thomas. She opened her modeling school, Bailey Agency School of Fashion in 2011 in Atlanta.

Cynthia appeared as a guest judge for the preliminary and finals competition of the 65th Miss Universe competition. She and her daughter are both signed with the New York-based agency Major Models. In addition, she has a line of bags named CB VIOR. She also has a line of candles, leather goods, and eyewear.

In 2019, Bailey launched a wine bar, The Bailey Wine Cellar, and an event space called The Bailey Room. She is also a brand ambassador for Seagrams since 2018. Bailey has appeared in the first season of The Real Housewives Ultimate Girls Trip. In February 2022, she was cast as one of the Houseguests on the third season of Celebrity Big Brother.