Besides her television career, Chelsea is also a beauty and fashion influencer and runs her own lifestyle website.

Deboer is married to her husband Cole Deboer. The couple met in 2014 at a gas station in South Dakota. At the time, Chelsea was a single mother of daughter Aubree, whom she shared with ex-boyfriend Adam Lind. Cole and Chelsea got married in 2016.

Speaking to US Weekly about Cole, Chelsea said; “Honestly, there’s just no one that I’ve met that’s so respectful and just nice and I trust him, which is a big deal, because it’s hard for me to trust people or guys, mostly. And he’s so sweet, kind of like old-fashioned gentleman type of guy.” 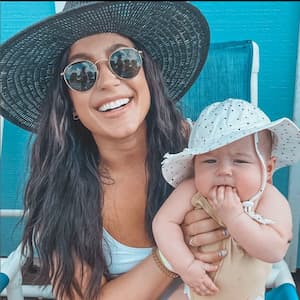 In January 2017, the couple welcomed their son, Waston cole. Two years later, they were blessed with a daughter, Layne. Their youngest, Walker June DeBoer, was born in January 2021. Their eldest daughter is named Aubree. She is from Chelsea’s previous relationship.

Deboer and her husband Cole own a home renovation company, Down Home DeBoer, in Sioux Falls, S.D. The couple hosts a TV show on HGTV known as Down Home Fab.

According to Celebrity Net Worth, DeBoer has an estimated net worth of around $2 million.