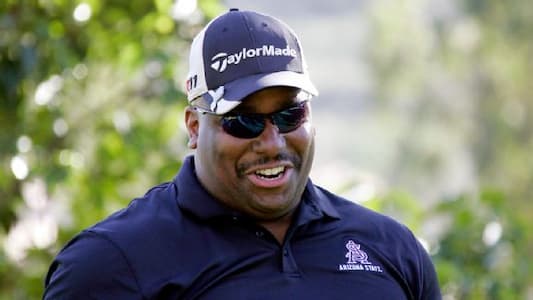 A native of New York, Bobby Bonilla is a former player in Major League Baseball of Puerto Rican descent who played in the major leagues from 1986 to 2001.

Throughout his 16 years in professional baseball, he accumulated a .279 batting average, with a .358 on-base percentage and a .472 slugging. Bonilla was on the Florida Marlins team that won the 1997 World Series.

Bonilla played baseball at Herbert H. Lehman High School in the Bronx. He graduated in 1981. He later spent a semester at the New York Institute of Technology in Old Westbury, New York. This was after not being selected in the 1981 Major League Baseball draft. Bonilla was later signed by the Pittsburgh Pirates after being spotted by scout Syd Thrift at a baseball camp in Europe.

Bonilla was married to Madiglia “Millie” Bonilla. He and Madiglia met at Herbert Lehman High School in The Bronx.

They got married in the late 1980s and had two children together.

In 1992, Bonilla and Madiglia started the Bobby and Millie Bonilla Public School Fund with $35,000.

The fund benefits different schools attended by Bonilla and his wife, by contributing $500 for every run he batted in for the Mets. The pair divorced in 2009.

In 1987, Bonilla became the Pirates’ starting third baseman. However, after committing 67 errors over his next two seasons, manager Jim Leyland moved him to right field.

While in that position, he formed a formidable combination alongside stars Barry Bonds and Andy Van Slyke and helped propel the Pittsburgh Pirates to two of their three straight National League Eastern Division titles from 1990 to 1992.

In 2001, Bonilla was signed by the St. Louis Cardinals, but injuries reduced his playing time. He played his final game on October 7, 2001. He finished the season with a .213 average, 37 hits, five home runs, and 21 runs batted in.

Bonillo retired after the season finished citing “injuries and reduced playing time” as the main reason for his decision.

Bonilla signed a five-year, $29 million contract. He became the highest-paid player in the National League.

Since 2011, Bonilla has been paid approximately $1.19 million by the New York Mets each year and he will receive that same amount every year until July 1, 2035. This was part of a deal made when the Mets released Bonilla before the 2000 season while still owing him $5.9 million for the final year of his contract.

Bonilla has an estimated net worth of around $20 million.