A native of Kenosha, Wisconsin, Angelica Ross is an American businesswoman, actress, and transgender rights advocate.

she is best known for her starring roles in the FX drama series Pose (2018–2019) and the FX anthology horror series American Horror Story (2019–present). Also, she’s the founder and CEO of TransTech Social Enterprises, a firm that helps employ transgender people in the tech industry.

Ross was born in Kenosha, Wisconsin, and raised to the north in nearby Racine but has not yet shared any information about her parents or siblings. 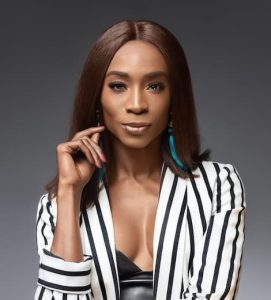 Ross is gay and came out as gay to her mother, an evangelical Christian in 1998 when she was seventeen. After giving the news to her mother, her mother did not receive the news well as, according to Ross, “she told me I should commit suicide or she would because she couldn’t have someone like me as her child.”

Ross was once engaged but canceled the engagement because her fiancé did not want others to know that Ross was transgender.

Ross studied at the University of Wisconsin–Parkside before dropping out. She later worked as a waitress at Applebee’s so that she could earn enough money to pay her rent and attend cosmetology school.

Ross made her acting debut in the comedy Natale a Miami in 2005. Candy Ferocity in Ryan Murphy’s FX drama series Pose was her breakout appearance in 2018.

She went on to appear in the FX anthology horror series American Horror Story: 1984 as psychologist Donna Chambers. Murphy revealed in February 2020 that Ross would return as a series regular for the show’s tenth season.

Ross taught herself how to code and design graphics. She was employed by the Chicago House’s TransLife Center, which helps trans people find work, housing, and other resources. Also, she founded TransTech Social Enterprises in 2014 and serves as its CEO. TransTech seeks to promote transgender people’s expertise in the technology sector.

In 2014, she founded TransTech Social Enterprises in Chicago. Transgender and other staff are trained and hired by the nonprofit creative design agency.

Melissa Harris-Perry has chosen Ross as the year’s first “Foot Soldier.” The 2020 Presidential Candidate Forum on LGBTQ Issues was organized by her. As a result, she became the first openly transgender person to host a presidential forum in the United States.

Ross’s net worth ranges from $1 million to $5 million.