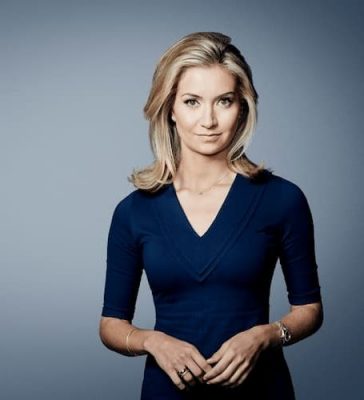 Alexandra Field is an American journalist who is an international correspondent for CNN based at the network’s Asia-Pacific headquarters in Hong Kong.

Field earned a Master’s Degree in Broadcast and Digital Journalism from the S.I. Newhouse School of Public Communications at Syracuse University.

She also earned a Bachelor’s Degree in History and French from Hamilton College.

Field has never revealed her year or date of birth. Her age is, therefore, still unknown.

Field is a married to Andrew Goshen. The couple got married on May 11, 2019.  She is a very private person and as a result, there no much information available about her husband and their marriage.

At CNN, Field is an international correspondent based at the network’s Asia-Pacific headquarters in Hong Kong. She reports extensively throughout the Asia-Pacific region and covers global breaking news.

Field has reported from the field in the aftermath of major terror attacks in Dhaka, Istanbul, Paris, Brussels, and Boston.

She has also traced a rash of killings claimed by Islamist militants across Bangladesh, and the fight to protect women from so-called honor killings in rural regions of Pakistan.

Since joining CNN, she has reported from Seoul and Beijing following North Korean nuclear tests, and from Vietnam for US President Barack Obama’s visit in 2016.

Field was previously based in CNN’s New York bureau where she covered the death penalty trial of Boston Marathon Bomber Dzhokhar Tsarnaev.

While at New York, she also covered the murder trial of former Patriots star Aaron Hernandez, protests that erupted after the police-involved deaths of Eric Garner and Michael Brown and the massive manhunt for two convicted killers who escaped from a maximum security prison in upstate New York.

After graduating, Filed began her career at WWNY TV 7 which is a CBS affiliate in southeast Ontario and northern New York.

She, later on, got inducted into the New York-based station where she first worked as a general assignment reporter.

Field would later get a promotion and started working as an anchor for the 10 p.m. as well as the 11 p.m. newscasts.

After working for WWNY TV 7 for 3 years year, Field got an offer to work as a reporter for WRGB, an affiliate of CBS situated in Albany.

After working for sometimes there, she got a promotion to the post of a political reporter. Field also worked as a Capitol correspondent for the station.

Field’s salary as a CNN Internationationl correspondent has not been revealed. We will provide this information as soon as it is available.

Field has an estimated net worth of around $500 thousand dollars.