A native of Los Angeles, California, Ivy George is an American child actress known for playing the role of Leila in the 2015 film Paranormal Activity: The Ghost Dimension.

George is the daughter of Martin George and Christa Nelson George. She is the eldest of three siblings.

George’s had her first professional acting job at 6 years old. She played in a scene opposite Robin Williams. 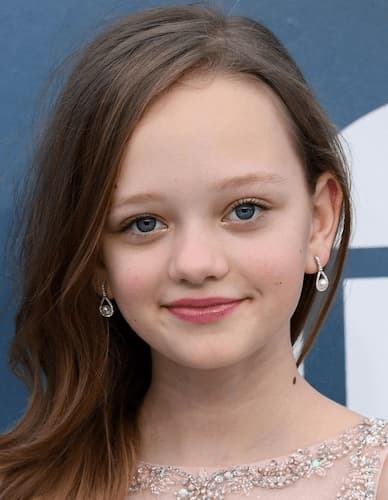 Later, she went on to guest star in other TV Series including Kirby Buckets, and Agent Carter.

George later appeared in Girl Meets World and Big Little Lies. She has also appeared in quite a few films including Paranormal Activity: The Ghost Dimension, and Brimstone.

George was in 2016 nominated at the 37th Young Artist Awards for the film Paranormal Activity: The Ghost Dimension.

These little silver shoes were poking out of the closet. Here is the rest of the outfit! #amabella #biglittlelies