Shea Whigham born in Tallahassee, Florida, is an American actor known for his portrayal of Elias “Eli” Thompson in the drama series Boardwalk Empire. Throughout his career, he has featured in multiple movies and tv shows including the first season of True Detective, the third season of Fargo, and Joker. Shea has played the character of Agent Micheal Stasiak in Fast & Furious, Fast & Furious 6, and F9.

The actor stands at an estimated height of 5 feet 9 inches and weighs about 70 Kgs. He has light brown hair paired well with his blue eyes. There are no further details about his body measurements. However, these details will be updated as soon as they are available. 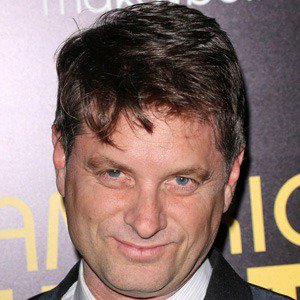 Whingham was born Franklin Shea Whigham Jr, in Tallahassee, Florida, and raised in Lake Mary, Florida. He was born to his parents Frank and Beth. His father was an attorney and his mother a librarian. There is no information about his siblings if he has any.

Whigham has been married to his wife Christine Whigham for years. However, there is no information about when the two tied the knot and for how long they have really been together. The family maintains a low profile and prefers to keep some of their personal information private.

Shea and his wife have been blessed with four children. One of his children is actress Giorgia Whigham. She is best known for appearing on Netflix’s 13 Reasons Why, The Punisher, and VH1’s Scream.

Shea went to Tyler Junior College in Tyler, Texas then later transferred to the State University of New York at Purchase, New York. He graduated with a bachelor of fine arts degree. While at State University he was part of a small acting program with a graduating class of eight seniors and 31 students.

After graduating from college, Shea co-founded New York City theatre troupe The Rorschach Group together with Kirk Acevedo who was his roommate in college. In 2000, he landed the main role in the film Tigerland. He went on to feature in Submerged, R.U.S./H., Paradise, and the 2003 film All the Real Girls.

Shea featured in the Japanese film Out of This World and the tv series Medical Investigations. His most notable role is Elias “Eli” Thompson, sheriff of Atlantic County, New Jersey on the HBO series Boardwalk Empire. He played the role of Joel Theriot in the HBO series True Detective.

His other credited roles include Captain Ted Beecham in The Wolf of Wall Street and Carl Elway in Carl Elway. In 2019, Shea played the character of GCPD Detective Burke in the Warner Bros./DC Comics psychological thriller Joker. She has also featured in Sicario: Day of the Soldado, and Bad Times at the El Royale.

He was nominated for a Critics’ Choice Television Award for Best Supporting Actor in a Drama Series for playing the lead role of Homecoming alongside Julia Roberts. His upcoming projects include Till Death as Schmidt, The Gateway as Parker, and Gaslit as G. Gordon Liddy.

As of 2021, Shea’s net worth is estimated to be $5 million. He has earned his wealth from his successful career as an actor. He has featured in various movies and tv shows including; True Detective, Fargo, Joker, Fast & Furious, Fast & Furious 6, and F9.