Shea Couleé was born as Jaren Kyei Merrell. She is an American drag queen and musician best known as a contestant on season 9 of RuPaul’s Drag Race.

Couleé is also known as a fixture of the Chicago nightlife scene. She also appeared on season five of RuPaul’s Drag Race All-Stars.

Couleé was born as Jaren Kyei Merrell on February 8, 1989, in Chicago, Illinois, U.S., and raised in Plainfield. She 31 years old as of 2020. Shea celebrates her birthday every 8 of February every year.

Not much is known about their family but Shea is the youngest of five children and their mother was a minister. There is no information available about her father. 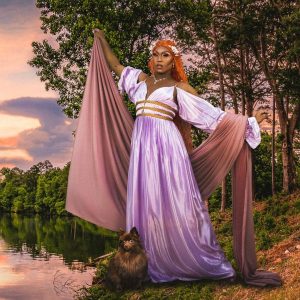 Couleé has kept her personal life away from the public eye. There is no information provided on whether Shea is dating or not. If any information is available on the subject, we will update it right away.

Couleé has three drag daughters whom she adopted into her family in 2018. They are Kenzie Couleé, Bambi-Banks Couleé, and Khloe Couleé, whom she publically announced as her newest drag daughter on June 12th, 2020.

Couleé is a contestant on season 5 of RuPaul’s Drag Race All-Stars. During the premiere of the show, she “became the first queen in Drag Race herstory to win a $20,000 cash tip for beating lip-sync assassin Alyssa Edwards.”

After the win, Coulée was forced to name the queen who would be leaving the competition and she ended up eliminating season one favorite Ongina.

Couleé suffered from bulimia. In 2018, Couleé received corrective dental surgery, something they had wanted since they were a teenager.

Couleé announced the release of Shea Coul-Alé, a beer in collaboration with DoStuff Media and Goose Island Brewery as a part of their Drag a Beer campaign. A portion of all profits from the beer will go to an organization that supports individuals within the LGBTQ community.