Page Turner is an American real estate agent, television host, and entrepreneur. Page is a CEO and real estate broker at Page Turner Unlimited of which she is the founder and owner. Page is also the owner of EGAP Real Estate. She is the host of HGTV’s reality show Fix My Flop and Flip or Flop Nashville. Moreover, Page works as a broker at eXp Realty and KMM.

Turner was born and raised in Los Angeles to her parents Eugene her father, and her mother Pat Turner. Turner’s parents were both entrepreneurs of Page Opticals. The HGTV host’s father, unfortunately, died when she was eight years old. Turner has not revealed whether she has siblings or not. 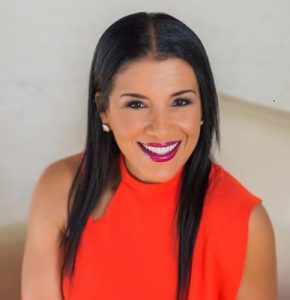 Turner is currently (2022) single. Turner has never been married however she dated a co-star DeRon Jenkins for 5 years before they ended their relationship and continued working together on Flip or Flop Nashville with mutual respect for one another.

Despite their romantic relationship not working, she and Jenkins hold each other in high regard and their work relationship was not affected.

Page is a mother to three daughters named Qai Turner, Quincy Turner, and Zaire Turner. Qai and Quincy are twins born on September 4, 1996, while Zaire is her eldest daughter (born April 1995/1994).

Page and her daughters moved to Nashville in the year 2000. Turner had her daughters with ex-boyfriend Marco Gordon, who is a singer-songwriter as well as producer. Turner’s daughter’s father, Marco Gordon is also the founder of SOEL Foundation.

Page reveals that her source of strength and inspiration comes from her daughters. Page put them through private school and college all by herself through her hard work.

Turner is a real estate broker, television host, and entrepreneur. She is the founder and owner of Page Turner Unlimited.

She also owns EGAP, a real estate agency. Turner has over 15 years of experience in real estate and she has sold millions of dollars in property and executed more than 110 successful flips. In addition to being a licensed real estate broker in three states, Page is a certified personal trainer and co-owner of The JoPa Life, a fitness and clothing brand.

Page is an HGTV star and the host of HGTV’s reality series, Fix My Flop. On the show, Turner “meets with struggling flippers to tour mid-flip properties that are in dire, seemingly hopeless financial situations.” Fix My Flop premieres on March 10, 2022, on HGTV.