Mathew Rosengart is the newly appointed lawyer representing singer Britney Spears. After 13 years of conservatorship, Britney finally got the chance to choose her own lawyer. According to the 2021 edition of Variety’s annual “Legal Impact Report,” Mathew represents multiple Hollywood stars.

Some of these stars include; Steven Spielberg and his Amblin Entertainment, Julia Louis-Dreyfus, Keanu Reeves, Sean Penn and his non-profit aid group CORE, Eddie Vedder and the talent and sports agency Creative Artists Agency.

Rosengart is a former federal prosecutor. He previously served as a Supervisory Assistant United States Attorney and Justice Department Trial Attorney. During his time as a federal prosecutor, he investigated and prosecuted national and international cases ranging from violent crimes to public corruption.

Mathew has been recognized for his work as a litigator and trial attorney by multiple newspapers and magazines including New York Times, Yahoo News, Newsweek, The View, and Good Morning America. He has been recognized as a Leader of Influence and Top Litigator & Trial Attorney by the Los Angeles Business Journal.

Rosengart has not disclosed any information about his age or date of birth. However, these details will be updated as soon as they are available.

Rosengart stands at an average height and is of average body size. There are further details about his body measurements. These details will be updated as soon as they are available. 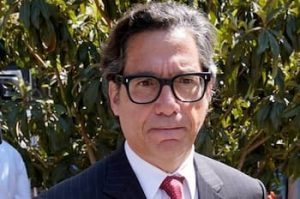 Despite the fact that Rosengart is a well-known lawyer, he prefers to keep his personal details away from the media therefore, information about his parents and siblings is not available.

After a hearing, Rosengart had to air his remarks about Britney Spears’s dad, Jamie Spears, to the press saying, “Can anyone disagree that it is not in the best interest for James Spears to be a co-conservator? The question remains why is he involved.”

During the hearing, he echoed his arguments to Judge Brenda Penny saying, “He purports to love his daughter, and his daughter has repeatedly asked him to step down. So I’m going to give him the opportunity right now to voluntarily resign.”

Rosengart’s net worth has still not been disclosed. However, being a high-profile litigator, it is obvious that he makes a good income. With his new case, it is evident that he makes a six-figure salary just like Britney Spears’s former lawyer.