De Lesseps is best known for casting in the reality television series The Real Housewives of New York City, which details the lives of several women residing in New York City.

De Lesseps grew up in Berlin, Connecticut, together with her six siblings. Her father owned a construction company is of Algonquin and French descent while her mother is French Canadian. She has not shared the names of her parents or siblings. 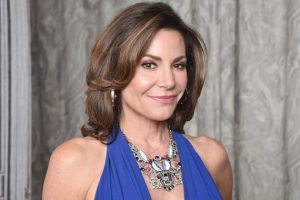 De Lesseps was first married to Alexandre de Lesseps, with whom they have two children together Noel and Victoria. They divorced in 2009 and married Tom D’Agostino Jr. from December 2016 to August 2017.

De Lesseps has not yet disclosed anything about her educational background but has shared that she had captained her high school varsity softball team.

De Lesseps used to be a Wilhelmina model and a licensed practical nurse in Connecticut. She stars in Bravo’s reality show The Real Housewives of New York City as one of the main cast members. Publicly, she is regarded as a fan favorite, with some referring to her as “one of the greatest housewives of all time.”

In February 2011, de Lesseps appeared as a socialite in the episode “Bully” of Law & Order: Special Victims Unit, playing a socialite who makes a gruesome discovery. She published her first album, “Money Can’t Buy You Class,” on May 25, 2010, and wrote a novel, Class with the Countess: How to Live with Elegance and Flair (published by Gotham Books).

De Lesseps acted in the film Maternal Secrets in Bermuda in February 2017. She headlined her own cabaret show, #CountessAndFriends, at Feinstein’s/54 Below in Midtown Manhattan in February 2018. Also, she has appeared on Monét X Change’s show as a guest.

De Lesseps has an estimated net worth of $25 million.