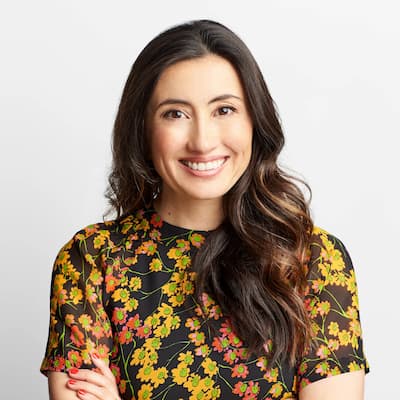 Katrina Lake is an American businesswoman who is the founder and CEO of Stitch Fix, a fashion-based subscription service established in 2011.

She is the youngest woman in tech to take a company public and was the only woman in 2017 to lead an initial public offering in technology.

Katrina was born in 1983 to a teacher and physician. She grew up in Minnesota and San Francisco.

Initially, she wanted to become a doctor before she became an entrepreneur. She even began her pre-med course but became very interested in economics and business.

Katrina has described herself as “risk averse”. She graduated with her bachelor’s degree from Stanford University in 2005. Later in 2011, she completed her MBA at Harvard Business School.

Lake is a married woman. She is married to John Clifford, an investment professional, in 2014. The couple has a son and as of July 2018, they were expecting another child.

Katrina worked at Polyvore and management consultancy The Parthenon Group. Her sister worked as a clothing buyer and would send outfits to her. She describes her fashion sense as “classic with a twist”.

Katrina was inspired to create an e-commerce company that “pairs an army of stylists with an arsenal of data to deliver clothing” in 2011. She had combined data science with marketing to grow the business.

She was introduced to Netflix VP of data science and engineering, Eric Colson in 2012, who initially dismissed the business model as “whimsical” but within months joined the company as “chief algorithms officer”.

She holds a 16.6% stake in Stitch Fix. In November 2017, immediately after the offering, Stitch Fix was valued at $1.6 billion. As of August 2018, the company was valued at approximately $2.8 billion.

She has commented that she had to be more efficient with her finances as she raised “a fraction of the cash of most venture-backed companies”.