A native of Nashville Tennessee, Kate Gallivan is an American Real Estate Agent, who became popular after participating in Season 26 of The Bachelor. She later returned for the 8th season of Bachelor in Paradise.

Gallivan attended Middle Tennessee State University from 2007 until 2011. She graduated with a Bachelor of Science in Electronic Media Journalism. She previously went to Clarksville High School. 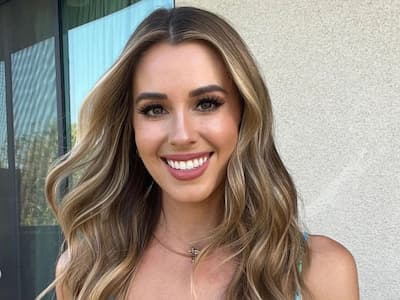 Gallivan returned to the Bachelor Franchise for season 8 of Bachelor in Paradise. She arrived during the second week of the show and received her first rose from Jacob Rapini.

At the time Kate arrived in Paradise, Logan had formed an early connection with another contestant, Shanae Ankney. He, however, dumped Shanae for Kate. Their newly formed bond would soon be tested after she accepted a date from newcomer Hayden Markowitz.

At the time, Gallivan had made it clear that she didn’t want Logan to see other contestants, which is exactly what she went ahead and did.

Are Logan & Kate Still Together?

According to Reality Steve, Gallivan breaks up with Logan during the Bachelor In Paradise season 8 finale over Logan’s financial situation. She mentioned something about how he drives an orange Nissan and couldn’t afford a certain gym membership.

Speaking to Clickbait Podcast, Kate shared that she went on a date with Harry Styles in 2014 right after she moved to Los Angeles. Speaking about that experience, she said; ” I was like, ‘Is this just what happens when people live here?!’ It was so insane. He was still in One Direction at the time. He was 20 in 2014 and I was 24.”

For the date, they went to Petit Ermitage, a boutique in West Hollywood. “It was very low-key, no paparazzi. We had the sweetest interaction. He was so engaging and curious about my life and I thought that was cool for a chance of pace. It was really sweet how engaging he was about my story and where I come from. It was so tender. We split fries at one point and I remember thinking how cute it was that I was eating fries with Harry Styles.” Kate Shared.

She, however, lost his number after the date and that was how things ended. “I had too much to drink one night and shattered my phone. So I crawl into Verizon and I was making, basically, a negative amount of money. They said because I was still on my parents’ plan, if I switched over to my own plan, I would get a free phone.

“I had to change my phone number. So in my mind, I just tell myself that he’s been relentlessly texting the old number for years. The one that got away!”

Gallivan has an estimated net worth of between $500k – $1 million.