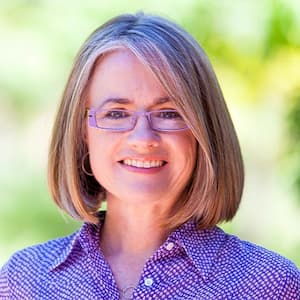 Helen Thorpe is an Irish-American author and freelance journalist who was the First Lady of Colorado following her husband’s inauguration. This was until their divorce in 2015.

Thorpe has written for major American newspapers and magazines and has authored three books. She is a board member of the Museum of Contemporary Art Denver.

Thorpe was born in London, England to Irish parents. She was raised in Medford, New Jersey. Her father, Larry, was born in Dublin. Her mother is Marie Brady from Virginia, County Cavan.

Thorpe was married to John Hickenlooper, the Governor of Colorado. Thorpe and John met in 2000 at her 37th birthday party while she was living in Texas.

They got married in January 2002 with a Quaker wedding ceremony in Austin. In 2012, after 10 years of marriage, the couple announced plans to separate amicably.

John Hickenlooper is a member of the Democratic Party and in 2019, he announced that he is running for President of the United States in 2020.

Thorpe had some of her first jobs in Boston after graduating. She worked as an intern at the Atlantic Monthly.

She then worked for a short time at both The New York Observer as a staff writer, and then, having caught the attention of editor Tina Brown, for New Yorker Magazine.

In 1994, Thorpe was hired by Texas Monthly and moved to Austin. She left the magazine in 1999.

Thorpe’s stories have also been published in George, New York, Westword, The New York Times Magazine, and 5280. She wrote Talk of the Town for The New Yorker and has written for Slate and Harper’s Bazaar.

She also published three books. The first book is Just Like Us. This book follows the lives of four Denver girls of Mexican ancestry and deals with aspects of immigration into the United States. It was published by Scribner in 2009.

The book subsequently won the Colorado Book Award and was named one of the best books published that year by the Washington Post.

Her second book was Soldier Girls. It was published by Scribner in 2014. The book describes the experiences of three women who enlisted in the Army National Guard before 9/11.

The three women had anticipated only part-time military service but ultimately served deployments in both Iraq and Afghanistan. One was a single mother of three children.

Thorpe’s third book is The Newcomers. It follows recording their first year in America as they take a beginner-level English Language Acquisition class at South High School in Denver.

Thorpe explores what it means to “be American” while learning these refugee students’ stories, presenting her perspective on the issues of immigration, multiculturalism, and America’s role on the global stage.

The book was named a finalist for the J. Anthony Lukas Work-in-Progress Award.

Some of her stories have also aired on the radio shows This American Life and Soundprint.

Also, her book, Just Like Us, was adapted for the stage by the Denver Center for the Performing Arts, and Soldier Girls was optioned by HBO and Julia Louis-Dreyfus as a potential mini-series.

Thorpe has an estimated net worth of ‎$1 million.